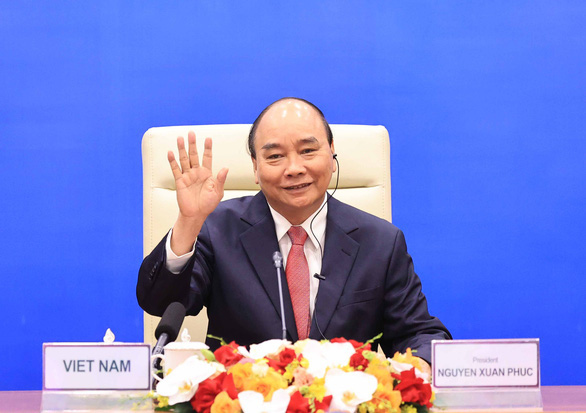 Vietnam’ s State President Nguyen Xuan Phuc will pay a three-day visit to Cuba before taking part in the ongoing United Nations General Assembly session in the U.S., the Ministry of Foreign Affairs said on Wednesday.

The official visit to Cuba will take place from September 18 to 20 at the invitation of First Secretary of the Communist Party of Cuba Central Committee and President of Cuba Miguel Díaz-Canel.

Vietnam and the Caribbean country established diplomatic relations on December 2, 1960, nearly two years after the successful Cuban Revolution on January 1, 1959.

Over the past six decades, the traditional solidarity, mutual support, and comprehensive cooperation between the two countries have been consolidated and developed in politics, economics-trade, security-defense, agriculture, construction, education, health, biotechnology, traffic, and sports.

The two sides have maintained cooperative relations and assistance to each other within international organizations and multilateral forums, particularly at the United Nations.

In recent times, senior leaders and ministries of the two countries have maintained their relationship through online exchanges due to the impacts of the COVID-19 pandemic.

During a phone dialogue with his Vietnamese counterpart on August 23, President Díaz-Canel promised to deliver 10 million doses of Abdala, a Cuban-developed COVID-19 vaccine, to Vietnam before the end of this year.

On April 1, 2020, the Vietnam - Cuba Trade Agreement officially came into effect, bringing benefits to businesses of the two nations and creating favorable conditions for bilateral trade.

After the Cuba visit, State President Phuc and his entourage will attend the high-level General Debate of the 76th session of the UN General Assembly (UNGA 76) and conduct a number of bilateral activities in the United States from September 21 to 24, the foreign ministry said.

The UNGA 76 opened on Tuesday and will end on September 30.

Vietnam is currently a non-permanent member of the United Nations Security Council (UNSC) for the 2020-21 term, after getting 192 votes out of the 193 member countries and territories of the UN General Assembly on June 7, 2019.

This is the second time the Southeast Asian country has been elected as a non-permanent member of the UNSC, after the first in 2008-09.