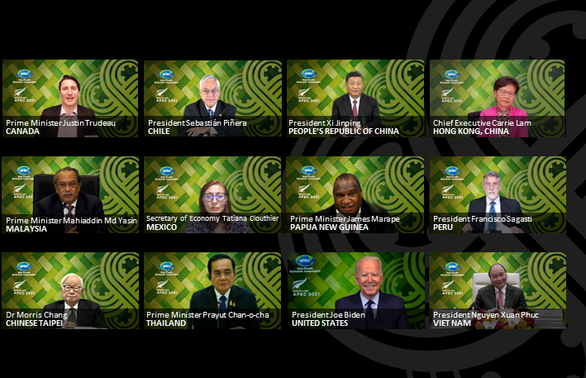 The meeting will be held in virtually from November 11-12.

New Zealand will host of the Asia-Pacific Economic Cooperation (APEC) through 2021.

APEC, a regional economic forum established in 1989, brings 21 economies in the Asia-Pacific together to tackle challenges, and help each other prosper.

The impact of COVID-19 on the region’s people and economy, coupled with hosting an entirely virtual year, makes APEC 2021 an ambitious exercise in digital diplomacy, said Prime Minister Ardern.

This year, APEC region’s response to COVID-19 and the opportunity to build a more resilient future are top of the agenda.

The summit will focus on discussing two main issues, namely the global economic outlook and cooperation in post-pandemic recovery.

APEC has already joined together in a commitment to speed up the cross-border flow of COVID-19 vaccines, rejuvenate the World Trade Organization and the world first action on services to support the movement of essential goods.

President Phuc will deliver a speech at this year’s event about the regional and international situation as well as the promotion of APEC cooperation in the future.

Before the country leaders’ meeting, Vietnamese Minister of Foreign Affairs Bui Thanh Son and Minister of Industry and Trade Nguyen Hong Dien will participate in the 32nd APEC Ministerial Meeting on November 8 and 9.

Vietnam will cooperate with New Zealand to ensure the success of this year’s APEC events, President Phuc pledged.