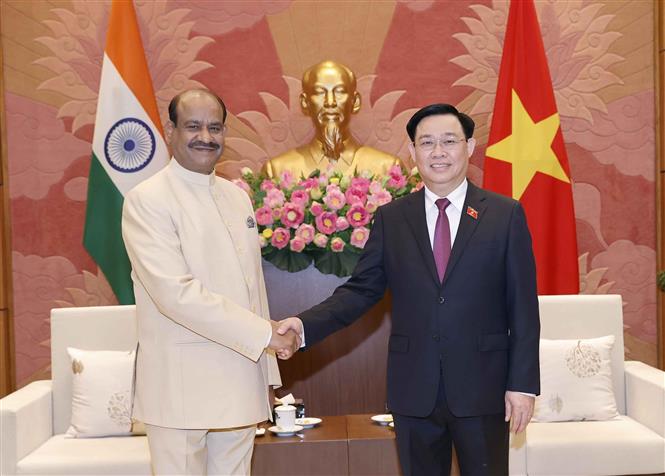 Speaker of the Indian Lok Sabha Om Birla and his high-ranking delegation arrived in Hanoi on Tuesday, commencing a three-day official visit to Vietnam aimed at strengthening bilateral ties.

This is Birla’s first visit to Vietnam since his election in 2019, the Vietnam News Agency reported.

The trip, running from April 19 to 21, aims to further strengthen the comprehensive strategic partnership between Vietnam and India and implement cooperation activities under the agreement signed between Vietnam’s National Assembly and India’s Lok Sabha in December 2016.

It also takes place on the occasion of the 50th anniversary of the two countries’ diplomatic relationship.

Despite the adverse impacts from COVID-19, both sides have maintained and reinforced important cooperation mechanisms, and implemented the Action Plan for the 2021-23 period to make bilateral ties more practical and effective, chairman Hue said at the meeting.

The speaker of the Indian Lok Sabha recalled the success of the Vietnamese top legislator’s official visit to India in last December, and suggested that the two parliaments discuss ways to strengthen cooperation in areas such as social welfare and issues related to the people.

The two leaders also discussed a number of international and regional issues of mutual concern, including the East Vietnam Sea issue and the situation in Ukraine.

They emphasized the need for compliance with international laws and welcomed efforts made for dialogue and negotiations.

Following the talks, they attended the ceremony during which Vietjet announced its new direct flight services between Vietnam and India.