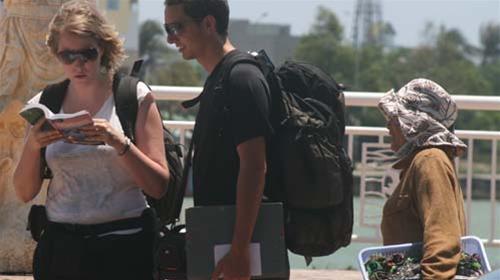 The Hanoi Taxi Association has established a hotline at (04) 37710851 or (04) 38525252 for people, including foreign travelers and local Vietnamese, who have been ripped off by taxi drivers.

This is in response to the increasing number of scams by both unlicensed and licensed taxis, targeting especially foreigners and expats. Specifically, the move is in direct response to the fleecing of two Australian tourists by a cabbie belonging to Trung Viet taxi company. The Aussie couple was overcharged 10 times the usual rate on April 28.

Do Quoc Binh, head of the Hanoi Taxi Association, said that such drivers should be boycotted so as not to affect the taxi industry and the image of the capital in the eyes of foreigners and locals.

Victims of taxi scams in Hanoi can now report incidents to the aforementioned hotline.

According to the city Department of Transport, within less than a month, authorities discovered two overcharging incidents from the Trung Viet taxi company and found one case in which one of their taxis had an electronic chip installed to inflate the fare.

On the afternoon of April 28, David Patrick and his wife Brandi Dawn Burmey, who were in Hanoi on their honeymoon, took a Trung Viet taxi from the Vietnam Military History Museum to the Vietnam Museum of Ethnology, a distance of 7 km.

Although the meter read VND98,000 when they arrived, the cabbie charged them 10 times more, or VND980,000 (roughly US$43). After paying the amount, the couple took photos of the taxi and the driver and reported the incident to authorities.

The driver was later questioned by police, while Trung Viet has returned the overcharged amount to the victims and fired the driver. The company has also fined him VND20 million.