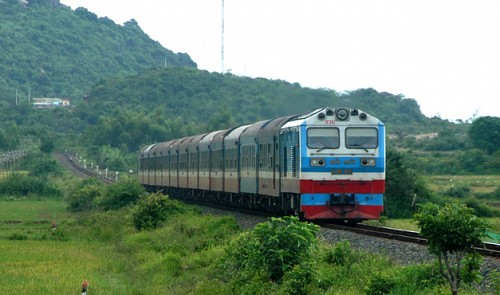 The Vietnamese Ministry of Transport will strictly penalize wrongdoers, if any, involved in an allegation by Japan’s media that a Japanese firm paid over US$780,000 in Vietnam to win an ODA project order worth more than $41 million, its minister said Sunday.

The ministry will crack down on any lawbreaker while looking into Japanese media reports that Japan Transportation Consultants, Inc. (JTC) paid ¥80 million ($782,640) in kickbacks in return for an ODA project order worth ¥4.2 billion ($41,088,600) in Vietnam, Minister of Transport Dinh La Thang said at an emergency meeting in Hanoi.   “The ministry will decisively and promptly examine and clarify the allegation reported by the media and will strictly punish wrongdoers, no matter who they are,” Thang said. This will contribute to the consolidation of the extensive strategic partnership between Vietnam and Japan, Thang said, adding the ministry’s determination in this case is part of the implementation of the Party’s and State’s policy to fight corruption. Thang said his ministry will closely coordinate with the Japanese Embassy in Vietnam and the Japan International Cooperation Agency (JICA) to handle the alleged bribery scandal. The minister added that he has ordered Deputy Minister Nguyen Ngoc Dong to work with the embassy and JICA today, March 24, to inform them of Vietnam’s determination to deal with the case in conjunction with the Japanese side. On Sunday the transport ministry already sent reports on the accusation to the Prime Minister, the Central Committee of Internal Affairs, the Government Inspectorate, the Ministry of Public Security, and the Ministry of Foreign Affairs.Yomiuri Shimbun reported Friday that the president of JTC admitted accusations his firm had bribed civil servants in Vietnam, Indonesia and Uzbekistan with ¥130 million ($1,271,790) to receive orders for five projects, funder by Japanese ODA (official development assistance), in these countries from February 2008 to February this year. The Japanese newspaper also pointed out that “a senior official of an office responsible for project administration at Vietnam Railways [Corporation]” is among “five government employees” JTC “is believed to have paid the kickbacks to.” The state-owned Vietnam Railways Corporation (VRC) had suspended Nguyen Van Hieu from his post as the chief of a board tasked with managing railway projects, Tran Ngoc Thanh, chairman of the corporation, told Tuoi Tre yesterday. Hieu was appointed to the post on June 1, 2011. “Being suspended does not mean having committed offenses. So far, there has yet to be any conclusion that anyone has done wrong. Suspension is needed to clarify responsibilities related to a project and JTC,” the VRC leader explained when talking about the suspension that followed the Japanese newspaper’s report.In spotlight: Yen Vien-Ngoc Hoi railway route in Hanoi Hieu told Tuoi Tre Sunday that he had yet to receive a formal suspension decision but Thanh said to him that the suspension is necessary “to clarify responsibilities related to a project and JTC.” Hieu confirmed to the newspaper that the project Thanh mentioned is the Yen Vien-Ngoc Hoi railway route in Hanoi. VRC is the route’s investor and its consultant is JTC, Nguyen Huu Thang, director of the Vietnam Railway Authority, said. Yesterday Minister Thang ordered that all officials involved in the project, including those who have retired, submit reports on their responsibilities to the ministry before March 31, 2014. This project is a priority in a plan to develop Hanoi railways from now until 2020 that has been approved by the Prime Minister. Thang also requested that VRC halt disbursements expected to be made under a contract signed with JTC for this project and suspend other planned financial negotiations connected to it with JTC. He also directed the ministry’s inspectorate to set up teams to inspect all projects with JTC’s involvement. Railway projects must be the first focus, Thang insisted. In the meantime, the General Department for Crime Prevention and Control under the Vietnamese Ministry of Public Security said Sunday that it had not received any official information from any Japanese judicial agency about the alleged bribery.