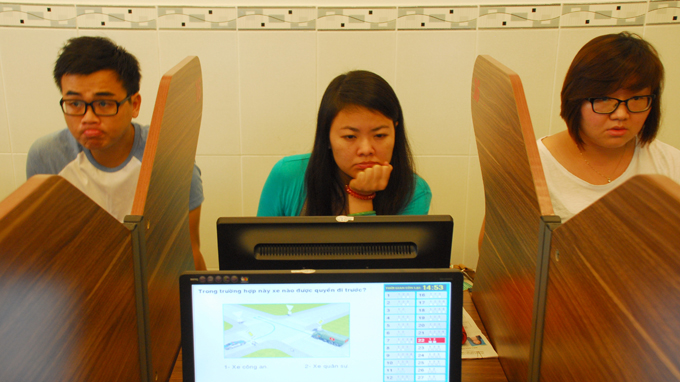 The number of foreigners who visited local authorities in Ho Chi Minh City to change their driver’s licenses so far this year has risen to about 5,000, while the number for the whole year of 2013 was just over 2,500, according to the head of a local state agency responsible for the job.

As driving licenses granted by foreign countries are not accepted in Vietnam, foreigners wishing to drive here have to contact appropriate Vietnamese authorities to change their licenses.

Meanwhile, about 800 foreigners have applied for the test to obtain the driving licenses in Vietnam, also doubling the 2013’s figure, said Vo Trong Nghia, head of driving testing and licensing unit under the HCMC Department of Transport.

Almost all of those who are changing their driver’s licenses or are preparing to take the test are from Asian countries. They are now living in HCMC, and want to drive by themselves, Nghia said.

The department has dispatched a specialized unit at 252 Ly Chinh Thang Street, District 3 to streamline administrative procedures for those foreigners so that they can obtain their licenses as quickly as possible, he added.