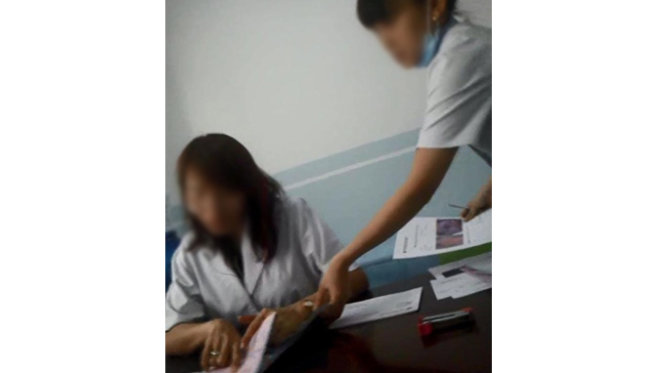 Tuoi Tre News presents some stories involving young people who have incurred disastrous, long-lasting physical and mental sufferings amidst the rampant practice of getting abortions at unauthorized clinics in Vietnam.

The latest incident is 48-year-old M.T.M., who was taken to the Tu Du Obstetrics Hospital about 6:30 pm on April 10 after she experienced a painful, botched abortion at the Quoc Te [International] General Clinic, located at 221 Nguyen Thi Minh Khai Street, District 1, Ho Chi Minh City.

Doctors at Tu Du said M. suffered a serious post-abortion complication and she had to undergo emergency surgery to survive.

During the surgery, doctors detected about 500ml of blood in her abdomen, while finding some holes in her uterus and the fetus cut horizontally.

The woman would have died if she had been hospitalized later that day.

The incident has again sparked concerns over young people’s endemic practice of ending their pregnancy at clinics unauthorized to perform such surgery.

Experts acknowledged that there exists a demand for getting abortions among Vietnamese people.

Early last year, the World Health Organization ranked Vietnam among the top five countries in the world and the first in Asia when it comes to abortion, with about one million cases per year on average.

On an online cemetery, the section for stillborn babies is now home to around several thousand “graves,” most of which were “built” by conscience-stricken underage “parents.”

Several thousands of such graves have been 'built' in an online cemetery by teenagers and young adults to express their apologies for killing their unborn children. Photo: Tuoi Tre

During an interview with Tuoi Tre (Youth) newspaper on Thursday, Dr. Bui Minh Trang, chief inspector of the Ho Chi Minh City Department of Health, raised a perennial question on why pregnant women, especially teen girls, choose to stealthily have their abortions at unauthorized clinics, despite immense health risks and even life threats that these operations pose.

Reasons include easy access to abortion services provided by such clinics via abundant online advertisements and pregnant girls’ reluctance to go to normal hospitals for fear of identity exposure.

According to a recent investigation made by Tuoi Tre reporters, the Elizabeth General Clinic, based in District 10 in Ho Chi Minh City, has advertised abortion services on its website as an innovative, pain-free approach which would cause no long-term damage or after-effects.

An undercover Tuoi Tre reporter was told by one of the online “consultants” that such surgery takes around 30-40 minutes and costs VND2-5 million (US$93- 233), depending on the fetuses’ age and the techniques adopted.

The “consultant” assured her that Elizabeth doctors, including Chinese, have all been granted permits and that they have performed many abortions without a single hitch.

The Tuoi Tre reporter came to the clinic on Thursday afternoon and was told by V., one of the doctors there, that costs of such operations fluctuate between VND3.8 million ($177) and VND5.8 million ($270).

The city’s health department announced on Thursday that both Elizabeth and February 3 are not permitted to carry out abortion operations.

Dr. Trang, the department’s chief inspector, acknowledged that a number of private clinics have offered services beyond what they have been licensed to do.

Such unlicensed operations, however, are quite difficult to detect and owners of the health facilities can get away with mild penalties for untruthful advertising.

According to Dr. Tran Ngoc Hai, of the Tu Du Obstetrics Hospital, the Ministry of Health does not allow abortions of fetuses which are over 22 weeks old, except for pregnancies with medical problems.

Doctors at Tu Du only perform abortions on three-month pregnancies after thorough consultancy with the patients.

Dr. Hai stressed that the “hi-end” techniques in abortion procedures which are advertised on the two above-mentioned clinics’ websites are not recognized by the health ministry.

Local newswire Zing cited Dr. Nguyen Giang Hong, former head of the Obstetrics Department of District 3 Hospital, as saying that one of her patients got her first abortion at 15.

Six months later, she came to Giang for her second surgery.

Almost one year afterward, the girl went for the third abortion, when her pregnancy was 14 weeks old.

What startled Dr. Hong and some other doctors was that the girl’s ultrasonic result revealed a serious problem with her placenta and uterus, brought about by repeated abortions.

Hong instantly sent the girl to a specialized hospital in an attempt to save her life. The girl survived, but her chances of getting pregnant again remain questionable.

In late 2010, the Hanoi Obstetrics Hospital received a 30-year-old patient in critical condition who was transferred from a private clinic, Zing reported.

The woman was 11 weeks pregnant but was prescribed pregnancy-ending pills.

The patient slipped into a coma and suffered cardiac malfunctions and profuse bleeding after taking her second dose.

She survived, but has been in a persistent vegetative state since due to irreversible loss of blood.

Zing quoted Dr. Hong as saying further that a number of parents sign commitment papers so that abortions can be conducted on their daughters whose pregnancies are over seven months old.

Most of them stuck to their decisions, though Dr. Hong and her staff tried their best to talk them out of the intention.

“The young girls suffer excruciating pain bouts for some hours before ‘giving forced birth’ to their newborns, who are generally dead or will be gone some minutes later,” she divulged.

“Psychological scars among young girls and their parents are inevitable,” she noted.

Many victims of botched abortion sustain devastating after-effects, which range from mild to severe, due to the limited capacity and sloppiness of staff at unauthorized health facilities, local media reported.

Some even contract HIV from such operations.