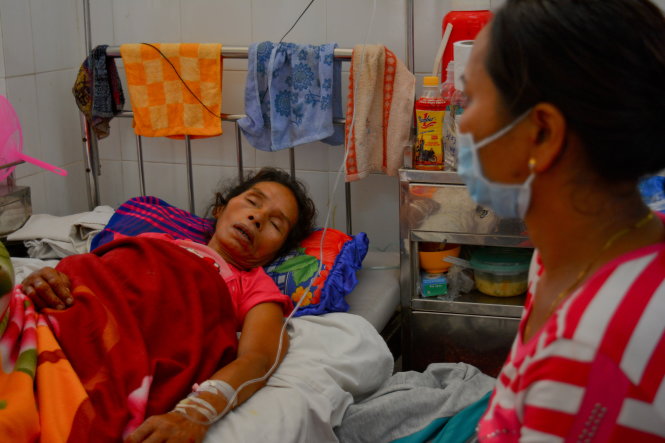 A 60-year-old woman in the Central Highlands province of Dak Lak has miraculously escaped from the Death’s scythe after falling into a well and being trapped there for more than a week.

On June 7, H’Van Ajun left her house to work for a relative’s field, but did not come back then, her family recalled.

Family members and local residents began searching for the 60-year-old, but the effort was in vain until nine days later.

On Thursday (June 16), some locals heard a scream echoing from an abandoned well near the field H’Van had worked before going missing, and found the woman trapped some 20 meters beneath.

They immediately informed the family and H’Van was rushed to the Dak Lak General Hospital.

“It is a miracle that she survived nine days in the well with no food but a lot of injuries,” doctor Nguyen Dai Phong, the hospital deputy director, told Tuoi Tre (Youth) newspaper on Saturday.

H’Van was admitted to the hospital in severe health status with multiple injuries and left rib cage fractures, according to doctors.

The patient is now in stable condition, but her memory seems to be damaged as “she sometimes fails to recognize family members,” said her younger sister H’Loan Ajun.

Kim Minh Hai, the doctor who is treating H’Van at the internal medicine faculty, said the patient does not suffer any head injuries, citing her CT scanning result.

“However, living without food for such a long time may be responsible for her memory loss and asthenia,” Hai added.