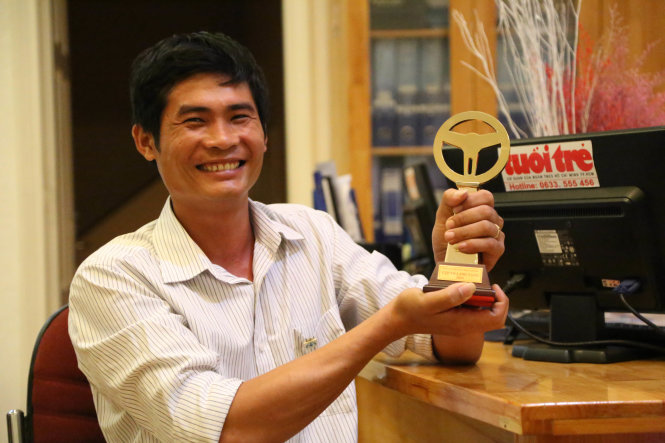 A Vietnamese taxi operator has offered to give a cab as gift to a truck driver, who bravely saved a bus with brake problems on its way down a mountain pass in the Central Highlands province of Lam Dong on Tuesday.

“Bac’s heroic action should be learnt, honored and praised upon,” Huy said.

“Mai Linh Group will be proud to have a taxi driver like Bac.”

Noticing that the driver seemed to lose control of the passenger bus, Bac, who was driving his truck ahead, reduced his speed and let the vehicle cling onto his truck’s back to slow it down.

The two vehicles safely passed the pass and eventually stopped at a flat road section. The front part of the bus was severely damaged and the truck’s back was distorted after the incident.

Bac was later awarded a Golden Trophy by the National Board for Traffic Safety.

Tran Thi Ha, head of national board of awarding and encouragement, said that the organization had received the Lam Dong Province People’s Committee’s proposal of awarding Bac the Merit of Bravery.