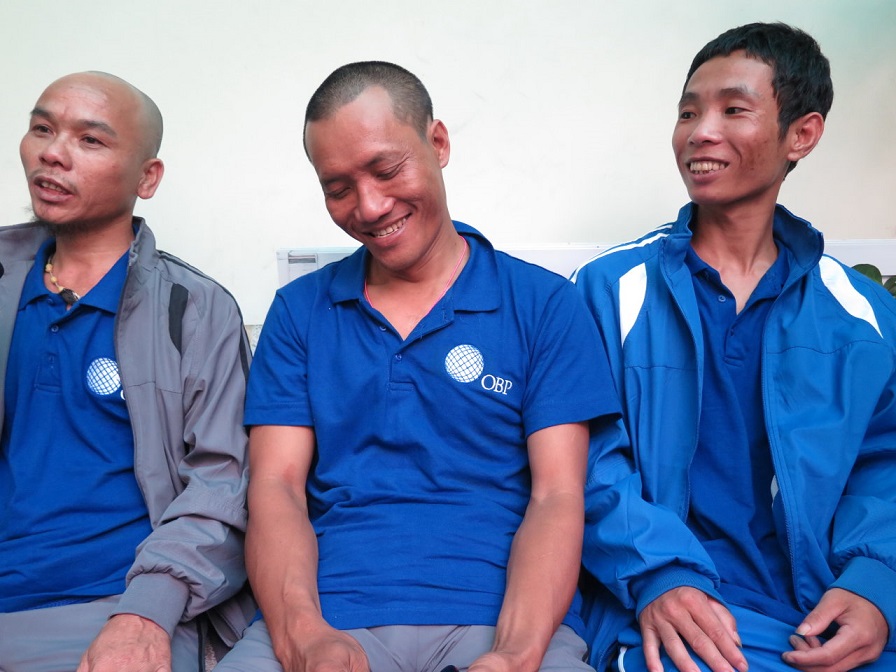 Vietnamese crewmen freed 4 years after being captured by Somali pirates

Three Vietnamese men, all crew members of a Taiwanese fishing ship held to ransom by Somali pirates four years ago, have finally been repatriated to their home country.

Phan Xuan Phuong, 27, Nguyen Van Ha and Nguyen Van Xuan, both 35, who were all employed by the Taiwanese fishing boat FV Naham, landed at Noi Bai International Airport in Hanoi on Tuesday after being detained by Somalian pirates for over four years.

The three Vietnamese were among 26 survivors who were released last week by the Somali pirates, according to an organization involved in mediation efforts. The other crew members were from China, Indonesia, the Philippines, Cambodia and Taiwan, according to AFP.

Family members had arrived at the airport hours before the three’s arrival and could not hide their tears of joy when they finally saw their loved ones.

“I have been unable to sleep since I heard the news,” Phan Van Linh, Phuong’s 71-year-old father said, as he held some flowers for his son.

Bui Thi Le, Ha’s 30-year-old wife, had to ask her parents to look after their child so that she could take the coach from the north-central province of Ha Tinh.

Nguyen Thi Quynh could barely speak, and simply held onto her husband, Xuan, after meeting him at the airport.

Held in the middle of the desert

After their arrival, the three crew members were then brought to a local general hospital for health checks.

According to Dr. Pham Van Giang, deputy director of the infirmary, their conditions are all stable, but they’ll require regular monitoring due to their poor living conditions over a long period of time.

The three men said that they were kept in the middle of the Somalian desert and provided with scarce food and limited clean water throughout their detainment.

After their ship was seized by pirates four years ago, while it was operating in the Indian Ocean, their captain was shot dead, and the rest of the 28 crew members on board were all held for ransom. Two of those had even passed away due to illness, the Vietnamese men continued.

“We were only allowed to take shelter under some shade in the desert, and were constantly bitten by ants and scorpions. We could not escape as the pirates guarded the area,” Xuan recalled.

The captors kept changing our locations, Ha said, adding that communication was hard because of the language barrier.

“The prisoners were all forced to search for wood, which would be used for cooking,” Ha said.