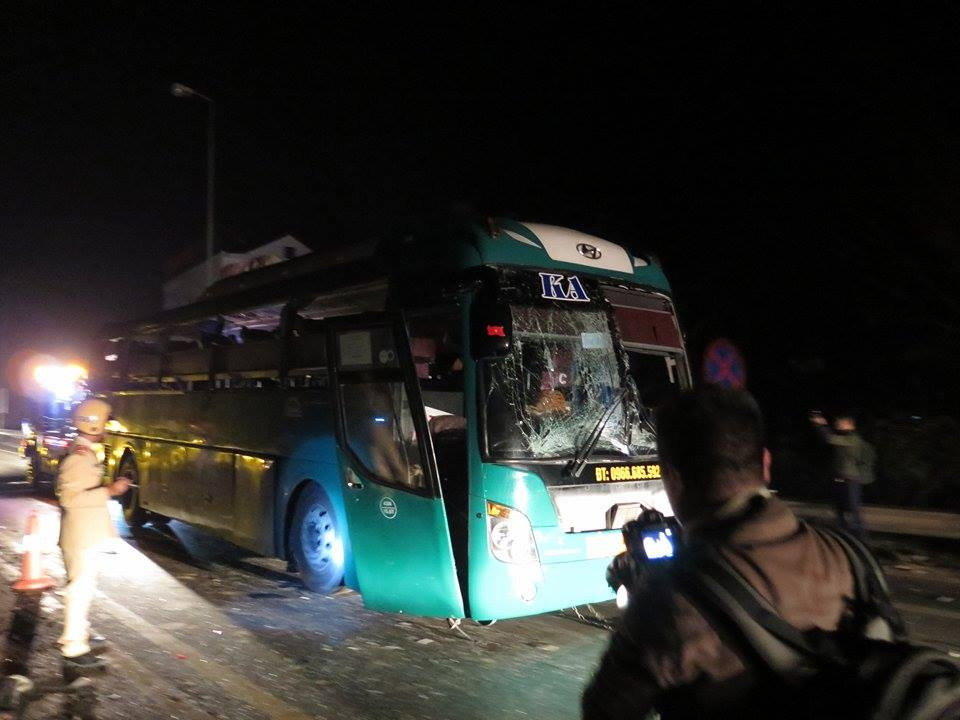 Two people have been killed and 12 others hospitalized after an explosion on a sleeper bus travelling in the northern Vietnamese province of Bac Ninh late Tuesday.

The incident occurred as the bus was traveling along a section of National Highway in Que Vo District, Bac Ninh at around 11:00 pm.

The vehicle, carrying license plate number 14B-00694, began its journey at 7:30 pm from Thai Nguyen to Quang Ninh, both provinces in northern Vietnam.

The explosion killed two people aboard the bus and injured 12 others, all of whom were brought to Bac Ninh General Hospital, said Nguyen Tu Quynh, chairman of the provincial People’s Committee.

One of the deceased victims was identified as Duong Van Trung, 29.

Quynh said that among the wounded, three had suffered major injuries because of the force of the blast, though he added that their conditions were not life-threatening.

Local authorities have offered initial support worth VND2 million (US$87.3) for each of the injured victims.

The left side of the passenger bus was heavily damaged by an explosion. Photo: Facebook

The explosion inflicted heavy damage on the left-hand side of the passenger bus and a section of its front, while debris dotted the street.

Authorities arrived at the scene shortly after being notified and first checked if another potential blast could happen.

The vehicle was towed from the road at around 2:00 am on Wednesday so that an investigation could be carried out.

Local police were still gathering statements from victims as of 3:00 on the same day.

According to Nguyen Van Ngan, 42, who was being treated at the hospital, the blast occurred while most of the passengers were asleep.

“I woke up and was disoriented by the explosion. Glass from the windows was also broken,” Ngan recounted.

Local authorities are investigating the case to determine the cause of the explosion.

Officers investigate the scene of the accident. Photo: Tuoi Tre