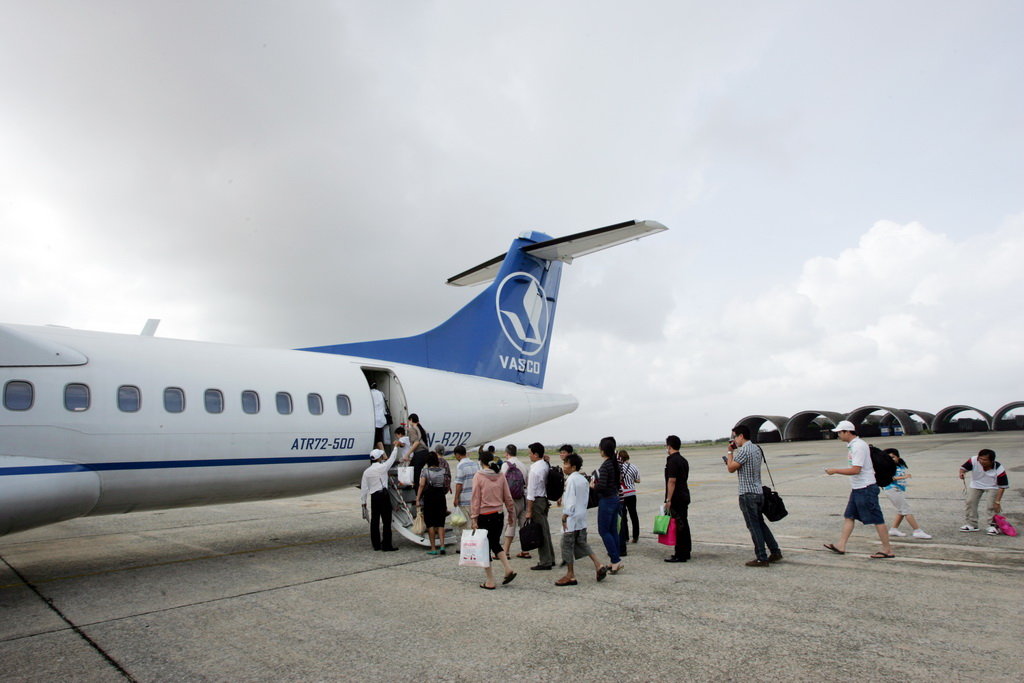 A Vietnamese passenger has been fine VND15 million (US$657.4) for opening the emergency exit of an aircraft he was travelling in without the direction of the flight crew.

The Southern Airports Authority has imposed the penalty upon Nguyen Van V. for his violation.

As the plane was running toward its designated apron following its arrival at Tan Son Nhat International Airport, V., who was sitting in seat 1D, opened the emergency exit door at the front of the aircraft.

A flight attendant reported that offense to the flight captain, who then transferred the report to the Southern Airports Authority.

In accordance with decree No. 147/2013 on administrative penalties in civil aviation, opening the emergency exit without the consent of the fight crew is punishable by a fine of between VND10 million ($438.2) and VND20 million ($876.5).

In July 2016, A Vietnamese passenger aboard a local airline’s flight was required to pay a civil fine of VND2 million (US$89.6) for taking out a life jacket without the consent of the cabin crew.

In April 2014,  a Vietnamese passenger  was fined VND10 million ($438.2) for opening an emergency exit “for more fresh air” while he was on board a Vietnam Airlines airplane that was about to take off from Hanoi’s Noi Bai International Airport to the Central Highlands city of Pleiku.