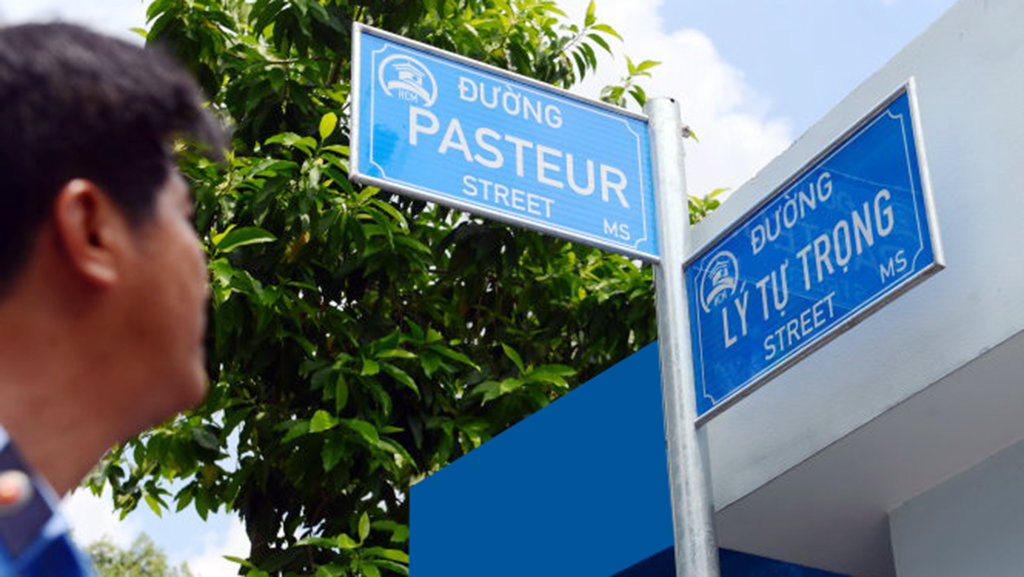 Street signs in Ho Chi Minh City will soon be written in both Vietnamese and English to allow foreigners to more easily navigate, according to a proposal by the city’s transport department.

Examples of the street signs are currently being displayed at the department’s headquarters at 63 Ly Tu Trong Street in District 1, with members of the public invited to give their feedback.

Visitors to the southern metropolis have often complained about how difficult it is to navigate the city due to their inability to read Vietnamese language street signs.

Because of the lack of English signposts, foreigners have reported spending hours finding their way from the Reunification Palace to the New World Saigon Hotel, two destinations which are only a few kilometers apart.

Nguyen Phi Hong, a resident of District 1, supported the idea of introducing English to the city’s traffic signs.

A frequent traveler, Hong said most developed countries had bilingual signage to help tourists easily recognize where they are in relation to significant attractions.

Bilingual instructions can usually be found near public transport hubs like bus stations or subways.

Alex Wan, who teaches Chinese in Ho Chi Minh City, said she did not understand what the local street signs meant when she first came to the city, and would have to pull over frequently to look at a map.

It was not until Wan was able to pick up some basic Vietnamese that she could follow traffic instructions, she admitted.

Wan added that even popular tourist attractions such as the Notre-Dame Cathedral Basilica of Saigon and the Central Post Office were lacking English signposts.

According to an official of the management office for road traffic infrastructure, which operates under the city’s Department of Transport, sample street signs written in both Vietnamese and English are being displayed at the department’s headquarters, and the department is welcoming public feedback.

The new designs also include the city’s logo.

According to Nguyen Vinh Ninh, director of Urban Traffic Management No. 1, comments and feedback from residents, experts and scholars will be considered by his unit in making adjustments to the final bilingual design.

As it currently stands, the available national standard on road signs makes no mention of the inclusion of a foreign language.

Last December, the municipal Department of Transport sent a letter to the Ministry of Transport and the Directorate for Roads of Vietnam, requesting approval to display the city’s street signs in English.

The request was made for the second time in March, but so far there had been no response from the ministry, Ninh said.

Tran Doan Phi Anh, the former director of the Southern Center for Transport Research and Development, said the proposal to add English to Ho Chi Minh City’s network of traffic signs were reasonable and urgent.

Not only will they allow foreigners to better obey traffic regulations in Vietnam, but they will also be beneficial to the city’s economy and tourism in the long run, Anh said.

He suggested trialing the plan in the downtown area before launching a city-wide renewal.