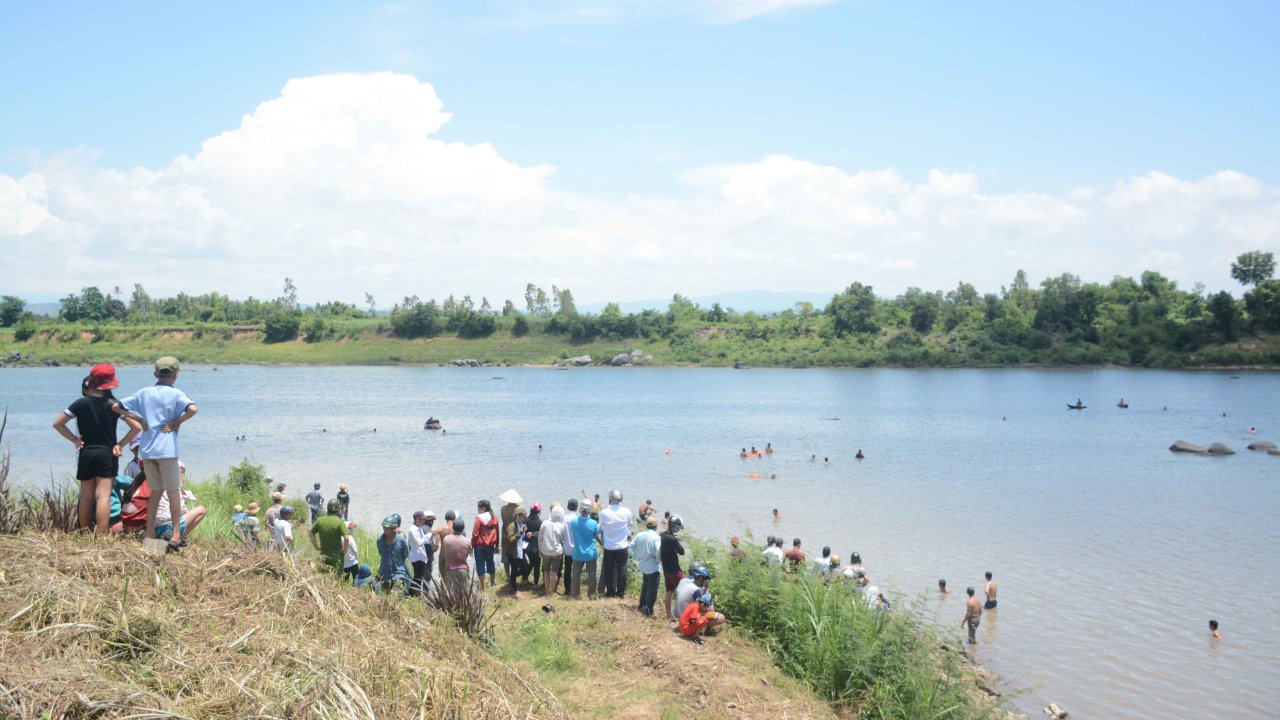 Reports of the incident state a group of seven students of Cung Son Middle School went to the local Ba River to bathe at around 8:00 am on Wednesday.

Earlier the same day, at 6:00 am, the upstream Song Ba Ha Hydropower Plant preformed a scheduled water release, according to To Phuong Bac, deputy chairman of Son Hoa District.

The released water reached the kids while they were bathing, causing water levels to suddenly rise and wash away four of the seven children.

The rest of the group escaped and ran to the local residential area for help.

By 2:30 pm the same day, three of the bodies had been recovered in an effort supervised by Vo Duc Tho, Party chief of Son Hoa District.

Rescuers are still working to locate the remaining victim, according to Le Van Hoa, deputy chairman of Cung Son Town.

“The high water level is posing a challenge to our search efforts,” Hoa said. “We have requested assistance from the provincial search and rescue team.”

Dang Van Tuan, CEO of Song Ba Ha Hydropower Plant, insisted that the plant’s water release followed an established procedure that has been in place for the past ten years.

As the release of water was for its regular electricity generation, the plant was under no obligation to notify the local administration and residents, Tuan claimed.