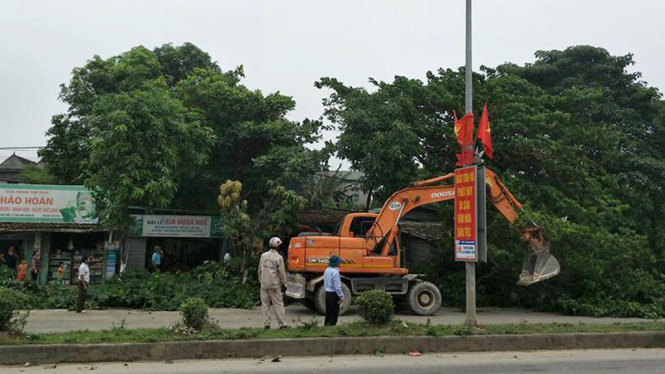 Over 16,000 households affected by blackout after crane hits wires in central Vietnam

More than 16,000 households were hit by a power outage after a crane smashed into live electrical wires in the north-central Vietnamese province of Nghe An on Thursday.

All 11 communes in Anh Son District were affected by the blackout, according to the local power utility.

The blackout meant that locals were unable to use fans and air conditioning for nearly an hour in the sweltering heat of the late afternoon.

The outage appeared to be caused by a crane truck that hit the 35kV electrical wire system while doing road construction in Hoi Son Commune at around 4:30 pm on Thursday, the Anh Son District’s electricity company said.

Power workers were immediately dispatched to the scene but the crane had already been moved.

The affected wires were fixed and electricity was restored by 5:15 pm the same day.

In May 2013, a crane truck deployed for transporting green trees in the southern province of Binh Duong also hit a 500 KV transmission line in the national power grid, resulting in power failures affecting millions of people in 18 provinces. The truck driver was sentenced to five years in prison last month.