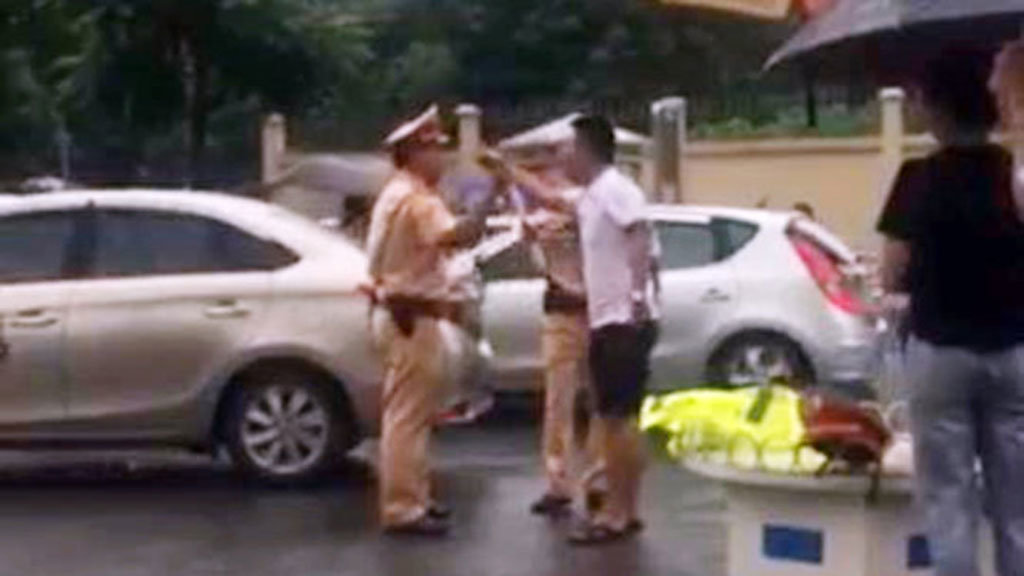 Police in Hanoi have arrested a man for attacking local traffic cops with a golf club after being pulled over for traffic violations.

Nguyen Huu Dat, 24, a resident of Nghia Do Ward, Cau Giay District, has been captured for obstruction, an official from the municipal Department of Police confirmed on Sunday evening.

According to initial information, the incident occurred in Dong Da District last Friday.

Dat was driving his car from the Deawoo Hotel toward Nguyen Chi Thanh and De La Thanh Streets before making a turn toward the Vietnam National Children’s Hospital.

As all automobiles are banned from the route during peak hours, traffic police officers asked Dat to turn his car around.

However, the driver failed to comply with the direction, forcing officers to pull his vehicle over and make a report of the violation.

The man then got out of his car and attacked one of the police officers using his head before getting back in and driving away.

Following a request for backup, Dat was pulled over for a second time on Nguyen Chi Thanh Street.

There he assaulted an officer with a golf club, insulted the traffic cops, and attempted to leave the scene.

With the help of several passers-by, police officers eventually managed to capture Dat and took him to the police station in Dong Da District.

A witness recorded the confrontation on video, revealing an intense argument between Dat and the officers that led to violence despite the interference of several by-standers.

The relevant authorities are finalizing the necessary paperwork to begin legal procedures against Dat.