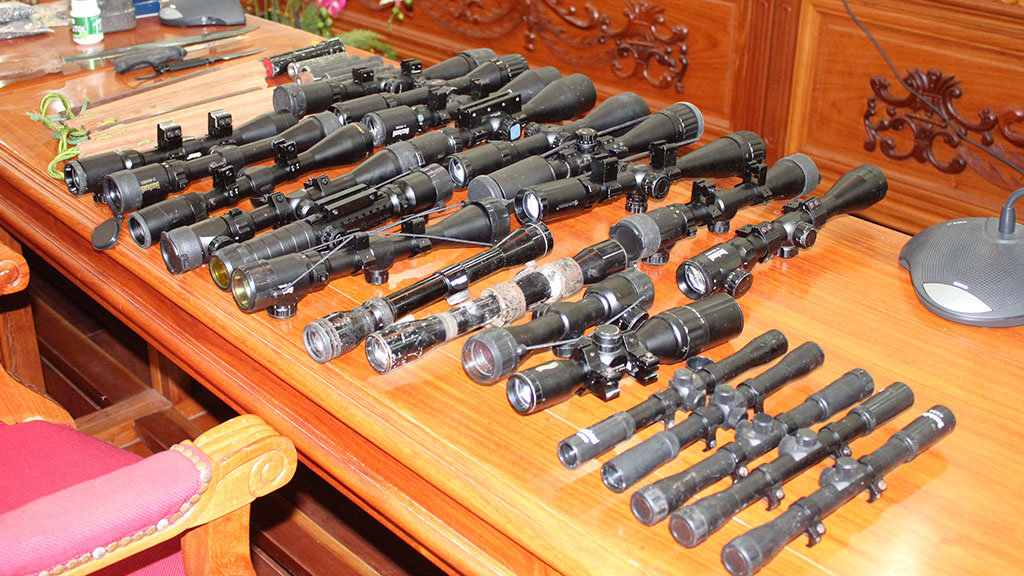 A number of firearms were found at the many residences of a usury mogul who was apprehended by police in the southern city of Can Tho on Friday.

The man, identified as 35-year-old Pham Huu Trong Nhan, had been running an extensive network of illegal loan giving at unfairly high rates of interest, according to officers.

The Can Tho citizen was taken in custody on charges of illegal stockpiling and transportation of military firearms.

Nhan’s illegal business had been discovered thanks to professional field works by investigative officers as well as reports from local residents, according to Can Tho police chief Tran Ngoc Hanh.

During a recent raid at one of the man’s residences in Can Tho, police found Nhan to be in possession of two firearms and 174 bullets.

Through further investigation, police have been able to locate and bust into six other residences of Nhan in the southern provinces of Soc Trang, Tra Vinh and Tien Giang.

Nhan claimed the weapons had been intended for leisure hunting.

According to Hanh, Nhan had disguised his usury business as a credit firm to avoid drawing attention from local authorities.