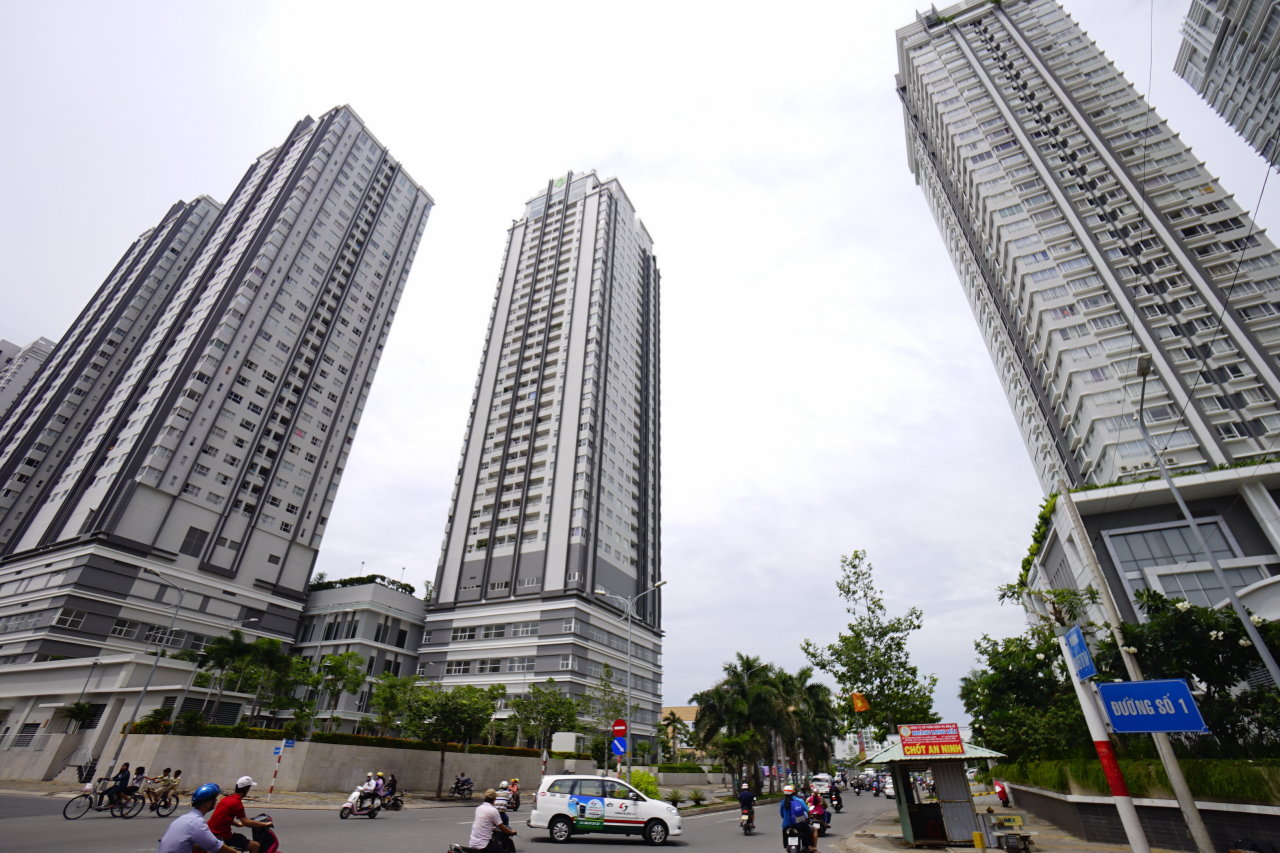 Authorities in Ho Chi Minh City are set to prohibit high-rise construction along several streets in a bid to ease regular congestion at local traffic hotspots.

The decision is part of the administration’s efforts to alleviate serious traffic jams across the metropolis.

Residential areas and apartment complexes have been mushrooming across the southern hub, while local streets are yet to be upgraded to serve the increased traffic pressure.

Such a situation is noticeable in Tan Phu District, where five apartment buildings are located along a one-kilometer section of Trinh Dinh Thao Street, and many other locations.

According to a representative of the municipal Department of Construction, licensing authorities must review whether the design and capacity of a construction is suitable with the local urban environment before granting a permit.

However, the process of upgrading urban infrastructure does not always catch up with the implementation of construction projects, resulting in overloaded roads, the representative continued.

Another official from the transport department said that the agency had not been involved in the decision with regard to building permits in the city as a means of decreasing the amount of time it takes to complete the procedure.

Such authority ultimately belongs to the municipal Department of Planning and Architecture, said Tran Quang Lam, director of the agency.

In one recent change, the two departments have been coordinating with each other in the assessment of local construction projects.

They have asked the developers of high-rise buildings to establish evaluations on the impact of their projects on traffic infrastructure and assist the state in renovating local streets and alleys.

Based on these assessments, the projects will be divided into different phases in accordance with the upgrade progress of road infrastructure.

These projects are often approved based on the urban environment 20 years from now, when roads are expected to be upgraded and the metro system complete, Hoa said.