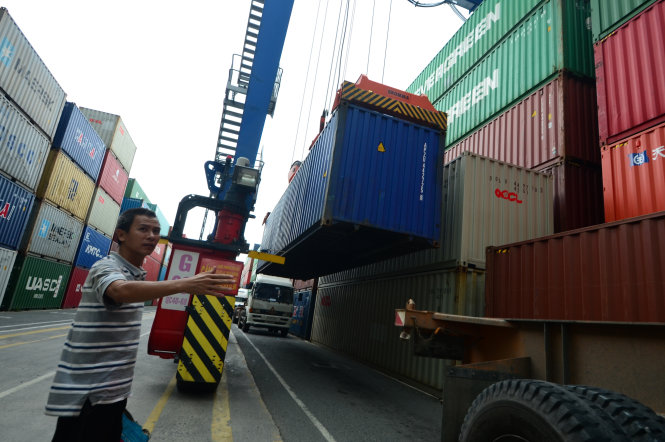 Two customs officers in Ho Chi Minh City have been arrested for allowing the illegal export of dozens of metric tons of scrap material.

According to the case file, anti-smuggling inspectors under the General Department of Vietnam Customs were suspicious of the declaration of several export shipments.

The exporters claimed that their goods included only iron shelf parts, which are tax-free products.

However, inspectors discovered that one shipment contained nearly 23 metric tons of scrap material, which attracts a 22 percent tariff as per regulations.

The case was then transferred to the anti-smuggling division under the Ho Chi Minh City police department for further investigation.

Officers were able to reveal that Viet and Thanh were responsible for checking the shipments, and had approved their export despite knowing the true contents of the container.

Viet was also found to have been involved in the illegal export of several other containers.

Officers have now expanded the investigation to determine if more individuals should be held accountable.

The arrest follows news in mid-September, when two Ho Chi Minh City customs officers were arrested for their involvement in the illegal importation of 213 shipping containers at the Cat Lai Port.