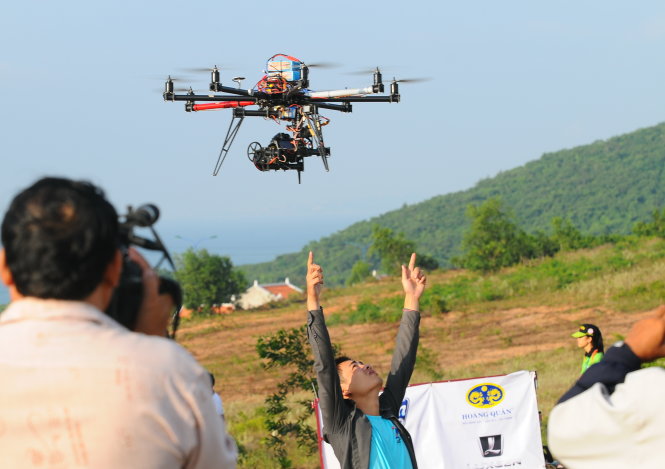 Vietnam’s Ministry of National Defense has suggested tightening management over the use of camera drones throughout the country.

The use of drones has become quite complicated recently, Col. Gen. Giang said, adding that several users of such devices had failed to seek permission and flown over prohibited areas.

“Opposing forces can take advantage of such activities to capture images and videos, which may be aimed at distorting the truth or spreading propaganda,” he said, “and to deploy explosives and harmful substances.”

The defense ministry requested in the dispatch that local authorities tighten their management of the production, sale, ownership, and operation of camera drones.

The importation of these devices and related equipment should also be closely monitored, it added.

“A flying camera can cost from between a few hundred U.S. dollars to more than $1,000,” said a member of the Ho Chi Minh City photography association.

The devices are able to capture stunning photos from the air. Many great videos of famous attractions across Vietnam have been filmed using the so-called flying cameras.

In August 2015, the defense ministry required individuals and organizations to apply for a flying permit for any unmanned aerial device.

The Department of Operations under the General Staff of the Vietnam People's Army is in charge of granting permission for the use of drones, according to Decree No. 36.