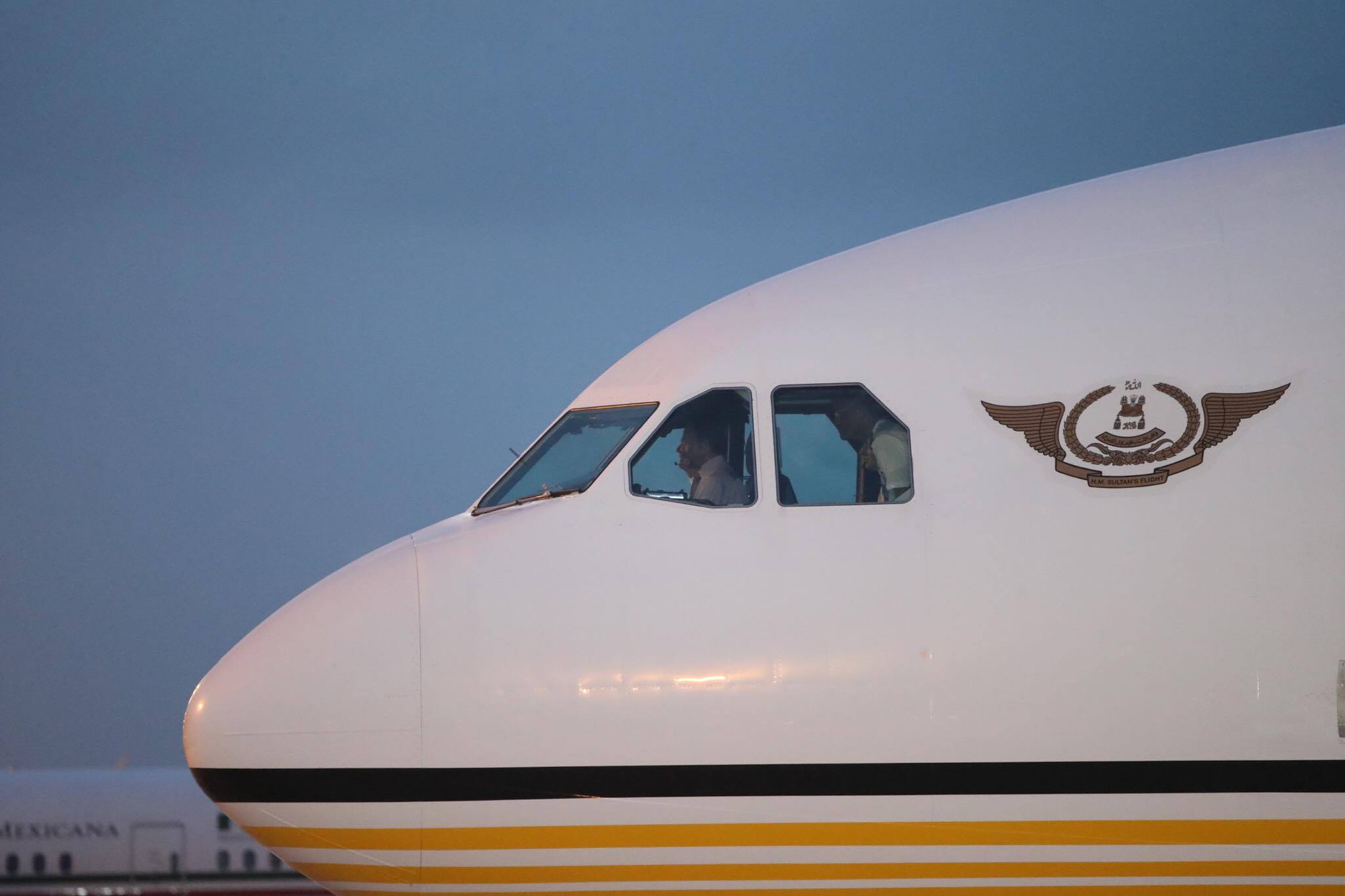 The Sultan of Brunei, Hassanal Bolkiah, has arrived in great style in Vietnam for the upcoming APEC summit on a private jet captained by himself.

Bolkiah’s plane touched down at Da Nang International Airport at around 5:20 pm on Thursday.

The 71-year-old Sultan, who succeeded to the throne in 1967, has been known for flying his own planes on several official trips to foreign countries.

Its makeover included the addition of a luxurious cabin decorated with precious metals, gems, and valuable wood, as well as the installation of additional fuel tanks that increased the jet’s non-stop flight range to 15,000 kilometers.

The plane is nicknamed the ‘Flying Palace’ for its luxury and scale, with reportedly only three other aircraft produced at its size.

The Bruneian monarch and his family also own a modified Boeing 747-430, a Boeing 767-270, and two Sikorsky S-70 helicopters, according to Business Insider.

In April 2013, Sultan Hassanal Bolkiah captained the ‘Flying Palace’ to the Philippines for a two-day state visit.

Established in 1989, the Asia-Pacific Economic Cooperation (APEC) is a regional economic forum comprised of 21 Pacific Rim member economies, including Brunei and Vietnam.

The Sultan of Brunei will join 20 other world leaders – including U.S. President Donald Trump, Russian President Vladimir Putin, Chinese President Xi Jinping, and Japanese Prime Minister Shinzo Abe – in Da Nang this Saturday at the APEC Economic Leaders’ Meeting, which is the culmination of Vietnam’s year-long hosting of APEC events.