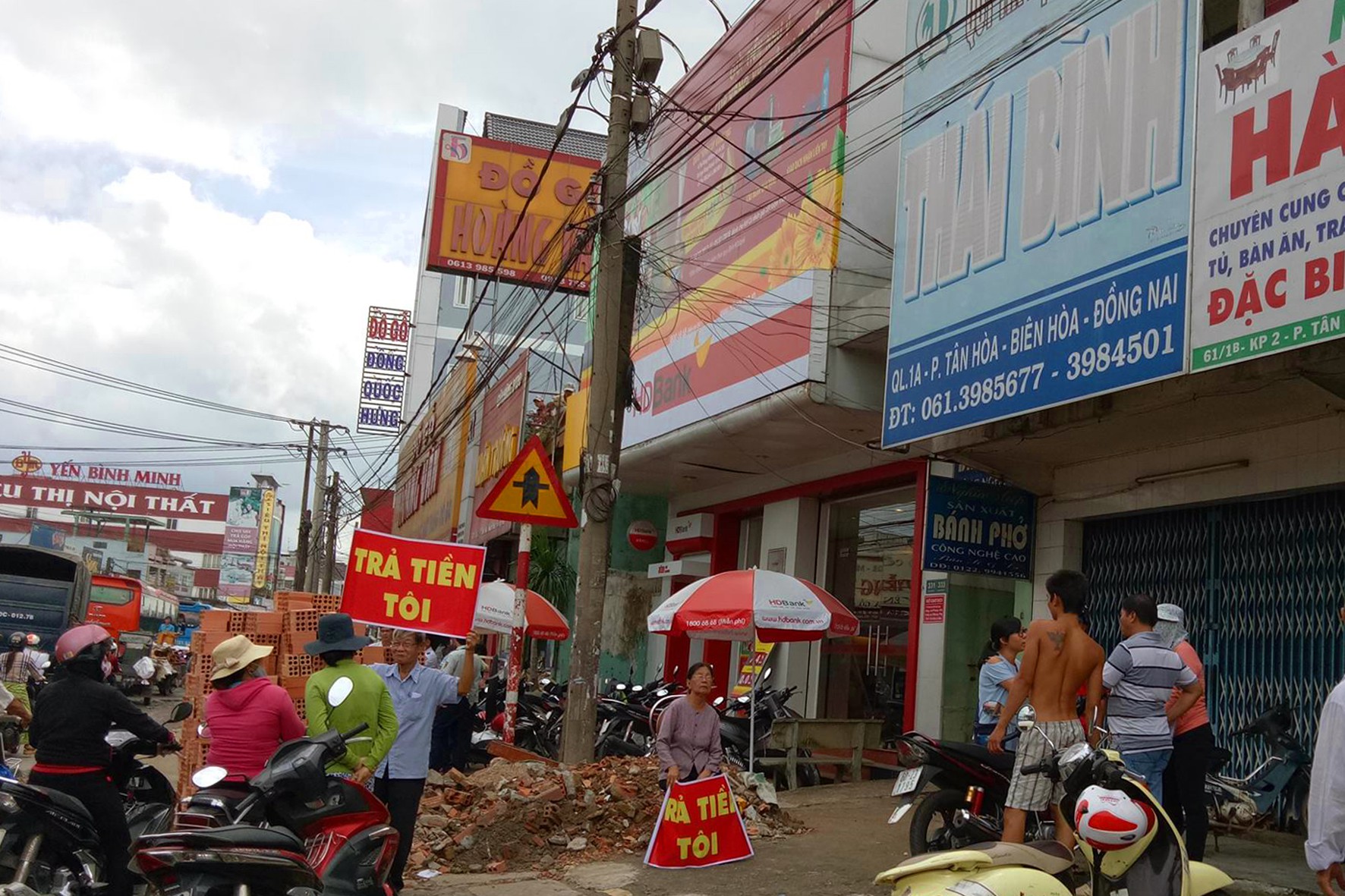 Residents of the southern Vietnamese province of Dong Nai have gathered at the headquarters of a credit fund to demand back their deposits totaling more than US$2 million after the fund director could not be reached for days.

The crowd arrived at the headquarters of the Thai Binh credit fund in Tan Hoa Ward, Bien Hoa City on Monday to ask for their money back.

The people were holding banners reading “Give me back my money” and kept repeating their demand.

The incident stirred the curiosity of commuters, resulting in traffic jams in the area.

After being notified of the situation, local police officers invited the residents to the People’s Committee in Tan Hoa Ward for a working session.

The fund’s director, Vu Cong Liem, could not be reached for several days.

Dung, a resident of Trang Bom District, Dong Nai, said that her family had invested over VND700 million ($30,854) in the fund.

The interest was at first paid according to the deal, Dung said, but explained that the fund had avoiding paying dividends since the beginning of 2017.

Hoang Van Luc, a 69-year-old resident of Tan Hoa, said that he and his relatives had put in some VND8 billion ($352,620) with the expectation of an interest rate of eight percent per annum.

Since the end of 2016, Luc has not received his interest dividend nor been able to withdraw his family’s original deposit.

A denunciation letter including the signatures of all of the victims has been submitted to the relevant authorities, he continued, adding that a satisfactory explanation has not been received.

At the working session, Tran Quoc Tuan, branch director of the State Bank of Vietnam in Dong Nai Province, said he had been made aware of the case.

The Thai Binh credit fund operates in the model of a cooperative, is inspected and supervised by the central bank’s Dong Nai branch and administratively managed by local authorities, Tuan elaborated.

The state bank is verifying the total deposited fund and how the money has been spent to determine a suitable solution, he added.

Local police were also asked to join the investigation.