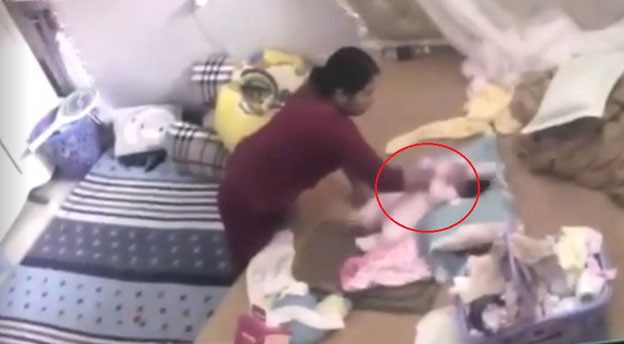 A housekeeper in the northern Vietnamese province of Ha Nam was arrested on Thursday after parents caught her on camera beating their one-month-old child.

Han was working as a maid at the house of Ngoc Phuong in Phu Ly.

On Wednesday night, Phuong uploaded three video clips taken by security cameras to Facebook, each showing Han abusing the baby while Phuong and her husband were not at home.

Han can be seen squeezing the baby’s mouth and slapping the child’s cheek and head.  On several occasions she violently lifts the baby into the air despite the infant’s screams and cries.

Devastated by the situation, Phuong submitted the video the footage police officers and posted the clips to social media.