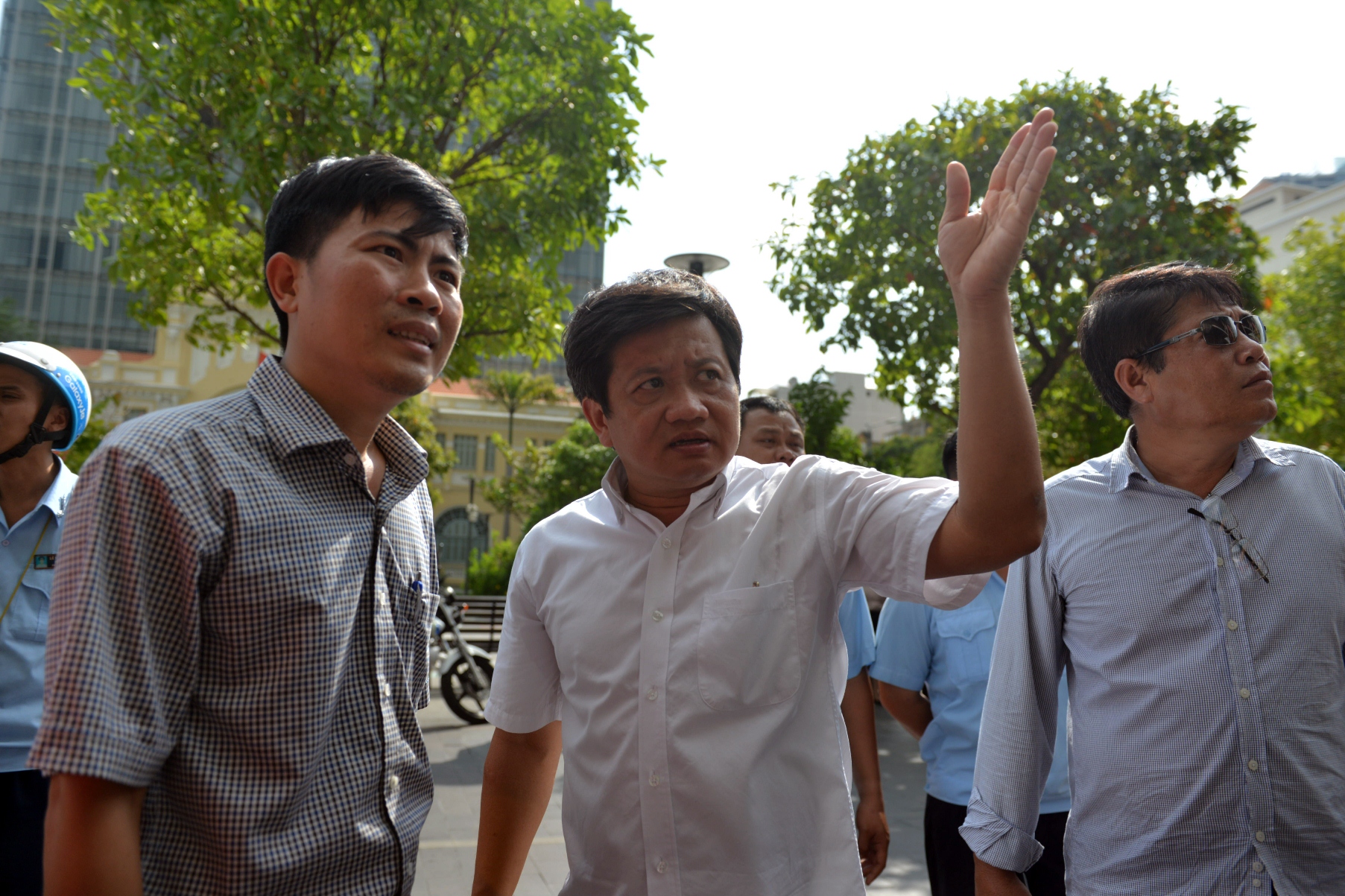 Doan Ngoc Hai, deputy chairman of Ho Chi Minh City’s District 1, has handed in his letter of resignation from all positions, keeping his promise that he would resign if he could not bring order to the district’s sidewalks and saying officials backed the intest groups benefiting from footpath occupation.

An official from the People’s Committee of District 1 has confirmed Hai’s resignation on Monday.

In his letter which he submitted before a meeting among District 1 leaders, Hai said the reason for his resignation was because he had “failed to deliver on his promises to the people," seeing the sidewalks of downtown Ho Chi Minh City once again being occupied and encroached by parked vehicles and street vendors.

The ‘sidewalk reclamation’ efforts began on January 16, 2017, when Hai led a team of district officials and police officers to fine those who occupied the sidewalks on multiple streets in the downtown area.

The fight against sidewalk encroachment was stiffened in February when Hai set out to demolish even parts of state-owned buildings and to tow away cars that were parked on the footpaths.

“District 1 will carry out this campaign thoroughly, and violations by public agencies will be the first to be penalized to set an example for the people to follow,” Hai stressed.

“I will resign if I fail to deliver on my promises. These are not empty words,” he said the famous words.

The deputy chairman, who by then had been dubbed by local media the man with the ‘sword of power’ to restore order on the city’s sidewalks, even had concrete steps and ornamental tree boxes of five-star New World Saigon Hotel and a next door Starbucks outlet in District 1 destroyed for blocking the sidewalk.

Even the Ho Chi Minh City branch of the State Bank of Vietnam was not spared from Hai’s justice as he ordered the removal of a chain barrier and several police-approved security booths that occupied the sidewalk outside the building.

Hai even booked vehicles bearing diplomatic number plates when he found them to be illegally parked on the sidewalk. Many then said he broke diplomatic rules, but Hai insisted that he did not, as he only fined drivers of vehicles that did not qualify for diplomatic immunity.

His campaign inspired other districts in Ho Chi Minh City to take up similar measures and gave rise to a nationwide movement to reclaim sidewalks for pedestrians.

The campaign was not without its ups and downs, as a brief spell of inaction from Hai between late March and August last year turned out to be due to two directives from District 1’s Party Committee and administration requesting that he stop leading the initiative.

Hai made a surprise comeback on August 7, 2017, instructing police officers to slap fines on multiple vehicles illegally parked on sidewalks and having properties of violators confiscated.

But the renewed hope was short-lived as only two months later, in October, an administrative decision signed into effect by District 1 chairman Tran The Thuan forced Hai to seek permission from the chairman before leading any future campaign, effectively reining back Hai’s sidewalk crackdown.

Since then, disorder has returned to haunt the city’s sidewalks, with street vendors once again running their businesses in broad daylight and drivers using the footpaths as their parking space without fearing that they might run into their worst nightmare – Doan Ngoc Hai.