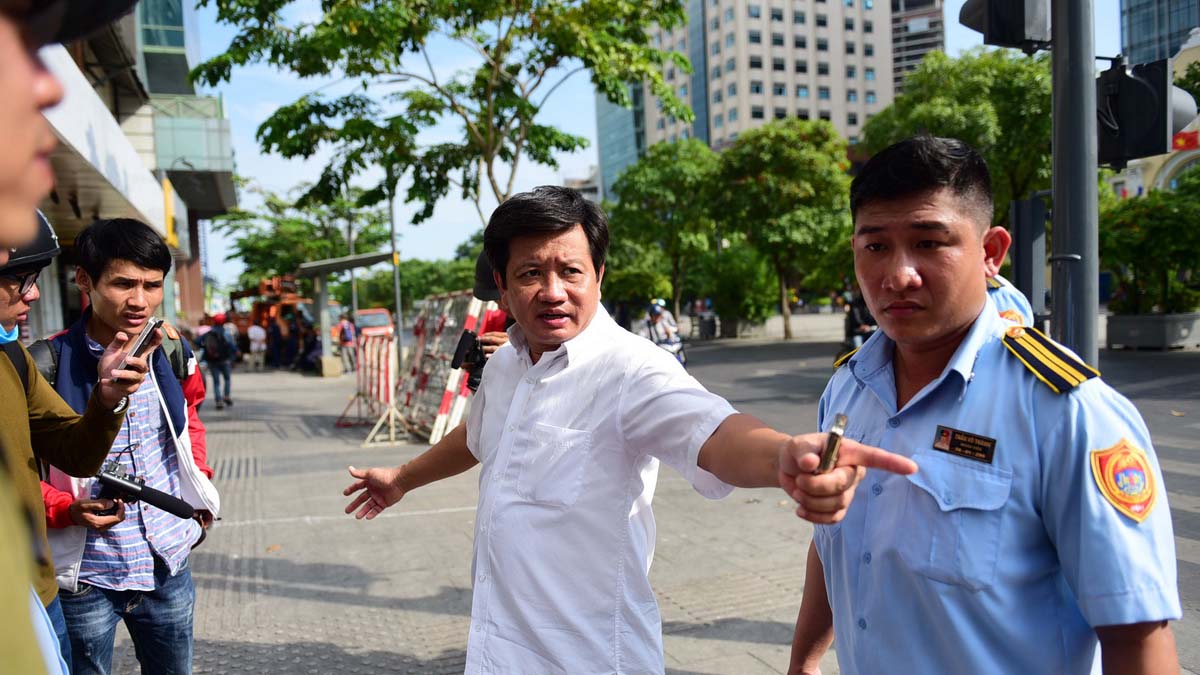 Doan Ngoc Hai, deputy chairman of Ho Chi Minh City’s District 1, will need to submit his detailed plans on sidewalk clearance for approval before any crackdown can proceed, five months after he was once asked to back off from his campaign, according to a new decision signed by the district’s chairman.

The administrative decision, signed into effect on Friday by District 1 chairman Tran The Thuan, formally establishes an interdepartmental team in charge of inspecting violations of urban order and traffic safety laws in the central business district.

The team is headed by a representative of District 1 leaders, and includes members from the local urban order management, police, People’s Council, People’s Committee, Department of Justice, and public service companies.

According to the decision, inspection plans must be drafted based on proposals by ward-level authorities or reports of violations from the people or the press.

A detailed plan must be submitted to chairman Thuan for approval before each inspection trip, and the newly established team is to only play a supporting role in helping ward-level authorities book violations of sidewalk order and traffic safety, the decision dictates.

This comes as unwelcome news for Doan Ngoc Hai, who has until now enjoyed full authority in directing sidewalk clearance campaigns in the district.

Hai’s months-long crackdown on illegal occupancy of sidewalks in the downtown district began in February and has since inspired multiple other districts in Ho Chi Minh City as well as other provinces and cities to follow suit.

Hai spared no private or public estate from his iron fists, forcing the removal of encroaching constructions by Starbucks and even a branch of the State Bank of Vietnam, as well as towing away cars owned by public entities.

After a period of hiatus, Hai made a surprise return in August, renewing hope for orderly sidewalks in the center of Vietnam’s busiest city and commercial hub.

In May, Hai was forced to step down from leading the campaign due to orders from the district’s administration and Party Committee, despite insisting what he had done was totally in accordance with the law and within his power.

Since the start of the sidewalk clearance campaign, District 1 authorities have booked over 8,000 cases of sidewalk encroachment across its ten wards, most of which are illegal parking lots or roadside eateries that illegally occupied the walkways.

Hai has also proposed the demotion of some ward leaders whom he slammed for neglecting their duty and allowing the violations to persist under their nose.