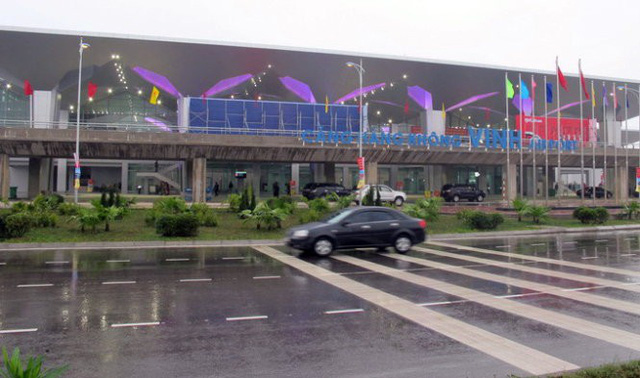 Five staff members of an airport in central Vietnam have been fined for letting a mental patient sneak onto a plane on the weekend.

The penalty has been imposed upon four aviation security employees and an airline procedures officer at Vinh International Airport, located in the namesake city in the north-central province of Nghe An, Tran Hoai Phuong, director of the Northern Airports Authority, confirmed on Sunday evening.

Each of the aviation security personnel was fined VND10 million (US$439) and had their professional certificate revoked for two months, while the airline officer was slapped with a VND4 million ($176) fine.

The employees did not follow the protocols and allowed a mental patient to get on an aircraft, Phuong said, adding that their carelessness had compromised aviation safety.

The Northern Airports Authority will also work with managers of the Vinh airport to prevent similar situations from happening in the future.

According the case file, the incident happened on Saturday afternoon on flight VN1265, operated by national carrier Vietnam Airlines, which was scheduled to fly from Nghe An to Ho Chi Minh City.

The mental patitent was the last one to get on the plane.

As he was taking a long time to look for a seat, a flight attendant asked for his boarding pass and discovered he did not have one.

The cabin crew also found out he was not on the passenger list and coordinated with airport security units to escort the man back to the airdrome.

An investigation later showed that the man was a 21-year-old mental patient, who managed to climb the wall into the airport and pass security checkpoints to get on the aircraft.

His family also presented several documents proving he was being treated at a local hospital.

The patient was then released without any charges.

In late February, three employees were fined VND4 million each for letting a foreign passenger board the wrong flight at Tan Son Nhat International Airport in Ho Chi Minh City.

The passenger got on a plane to Singapore despite buying a ticket to Myanmar.