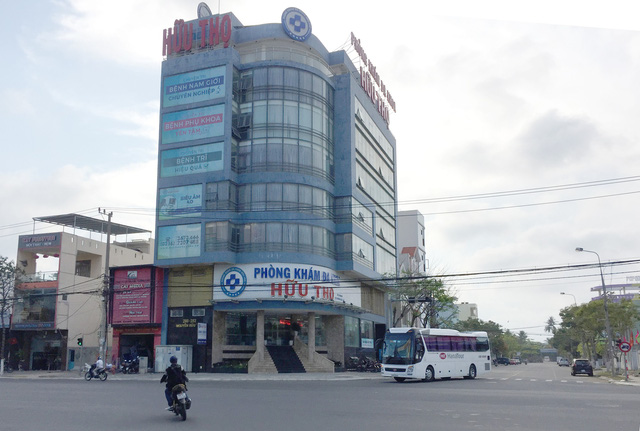 Authorities in Da Nang have fined a clinic that employs Chinese doctors for fleecing patients many times.

The municipal Department of Health has discovered multiple violations, including overcharging, at the Huu Tho Polyclinic, situated on Nguyen Huu Tho Street in Hai Chau District, and imposed fines worth a combined VND32 million ($1,405).

The facility began its operation on August 25, 2017 and was required to list the prices of its medical services.

However, many patients have reported to the city’s health department that they had been charged at a much higher cost.

According to one of the victims, he went to the clinic to seek treatment for genital warts and was examined by a Chinese doctor named Dong Zhi Gang, who was accompanied by an interpreter.

The patient then chose one of the treatment packages that were introduced by the doctor, which eventually cost him tens of millions of dong (VND10 million = $439).

Another client said he had to give up treatment halfway as the medical bills were too exorbitant.

Others reported that their health conditions did not seem to improve even after spending a large amount of money on the treatment packages.

After reviewing the medical records, a dermatologist at a hospital in Da Nang asserted that the polyclinic had charged their patients two to three times higher than what a regular treatment would cost.

According to Truong Van Trinh, chief inspector of the municipal Department of Health, several inspections have been carried out at the clinic due to many reports from local residents.

The first examination was conducted in January, during which the inspectorate discovered that the clinic had been ripping off several customers.

On January 23, the facility was fined VND8 million ($351) and was required to refund the overcharged money to its patients.

On March 5, the health department returned to the venue for another inspection following multiple reports of citizens.

The clinic was once again caught overcharging, as well as failing to inform competent authorities of the replacement of a Chinese doctor.

A representative of the Huu Tho Polyclinic told Tuoi Tre (Youth) newspaper that two Chinese doctors are currently working at the facility, both of whom are certified practitioners and have been permitted to work in Vietnam.

The clinic is the only facility in Da Nang to have Chinese doctors, Trinh said, adding that the offenses committed at the medical center are unprecedented in the central city.

Further inspections will be conducted to make sure the polyclinic complies with regulations, the official asserted.