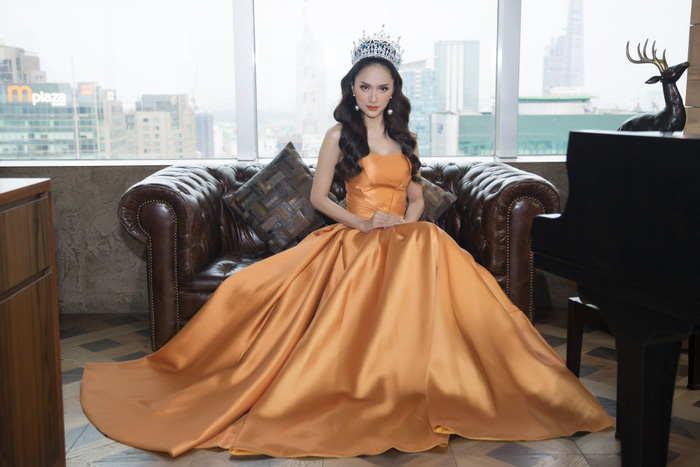 Vietnamese singer Huong Giang, who was earlier this month crowned the 2018 Miss International Queen, has pledged to bring the transgender beauty pageant to Vietnam after being appointed the competition’s country director.

Giang announced the appointment during a celebrity-packed thank-you party in Ho Chi Minh City on Friday.

With her new role, Giang will be responsible for selecting and supporting future representatives of Vietnam to compete at the Miss International Queen pageant, she said.

At Friday’s party, the 27-year-old singer also expressed her wish to organize a national transgender beauty pageant in Vietnam to find a worthy successor of her crown.

“Nevertheless, music is still my big passion, so I will keep thinking about it and produce new songs if I can manage to squeeze them into my tight schedule as a country director,” Giang told Tuoi Tre (Youth) newspaper.

Giang became Vietnam’s first ever Miss International Queen on March 9 during the competition’s 15th edition in the Thai resort city of Pattaya.

She previously become known in her home country after finishing fourth at the reality TV singing talent show Vietnam Idol in 2012.

Vietnam has since the turn of the century adopted a more positive view toward its LGBTQ (lesbian, gay, bisexual, transgender and queer) citizens.

In 2014, the country’s lawmaking National Assembly passed an amended version of its Law on Marriage and Family, lifting administrative penalties on same-sex couples performing marriages.

Though same-sex marriage remains unrecognized by the state, the move was seen as a major progress for Vietnam at a time when no other countries in Asia had legalized marriage between people of the same sex.

The National Assembly also made a landmark vote in late 2015 to pass an amended Civil Code that for the first time recognized transgender people.

The code, which took effect in January 2016, allowed people who had undergone sex reassignment surgery to register for new identification papers under their new gender.

A beauty pageant for transgender people in Vietnam was held in 2015, when 82 contestants from across the country gathered in Ho Chi Minh City in a strong message of support for the local transgender community. But it has never been recognized as an official national contest.