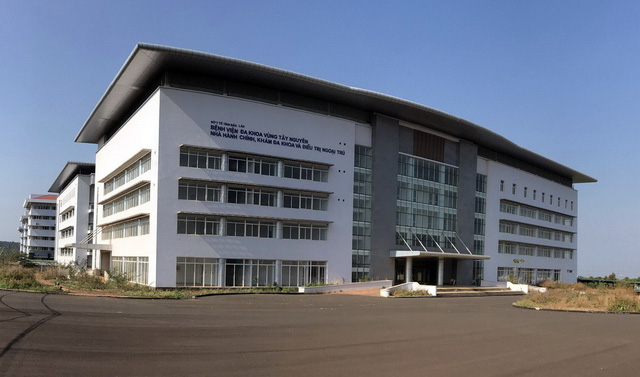 People in Dak Lak Province in Vietnam’s Central Highlands may not be able to access a newly-built general hospital worth over US$48 million until the end of this year due to multiple reasons.

The provincial People’s Committee previously ordered that the Central Highlands General Hospital, located in Buon Ma Thuot City, be put into operation by the end of this year’s first quarter.

However, the Department of Health assessed that the inauguration would have to wait till the end of the year.

Covering an area of 12 hectares, the infirmary is designed to have 800 beds, whose investment is estimated at VND1.1 trillion (48.4 million) funded by government bonds.

The project was developed by the Dak Lak health department and initiated in 2010. It was expected to be finished in 2013.

It has been delayed, however, because of financial difficulties and plan changes.

According to the original plan, the facility will become the new general hospital of Dak Lak Province, while the existing Dak Lak General Hospital would be only specialized in oncology, obstetrics, and pediatrics.

As the cost of brand new equipment would be too high, the developer decided to transfer all human resources and equipment from the existing Dak Lak General Hospital instead.

The construction is now basically completed with five buildings ready for use.

According to Nguyen Tuan Ha, vice-chairman of the provincial administration, sluggish road construction may also affect the opening of the new hospital.

All routes leading to the facility are still not finished.