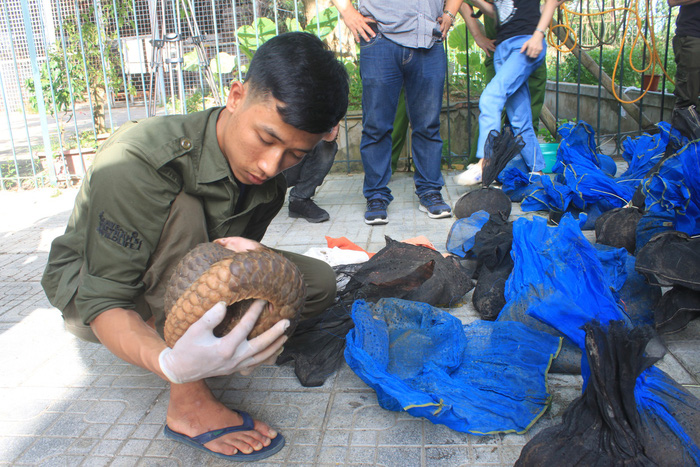 Over six dozen pangolins, an endangered species, were seized from a truck traveling through northern Vietnam on Wednesday.

On that evening, a forest patrol and fire squad in the north-central province of Thanh Hoa pulled over a truck on National Route 1A and discovered 74 endangered pangolins, weighing a combined 339 kilograms, in the trailer.

The driver, 29-year-old Nguyen Van Manh, was taken into custody and the animals were confiscated after being unable to show officers documents proving the animals’ origin.

The case was handed over to local police for further investigation.

All the pangolins were then transferred to nearby Cuc Phuong National Park – Vietnam’s largest nature reserve – for care, according to Le Chi Trieu, leader of the forest patrol and fire squad.

This is the second seizure of a large number of live pangolins in Vietnam this year.

Pangolins in Vietnam are considered highly vulnerable to extinction, according to Save Vietnam’s Wildlife, a not-for-profit acting for wildlife’s sake, though trafficking the species remains lucrative due to perceived medicinal properties.