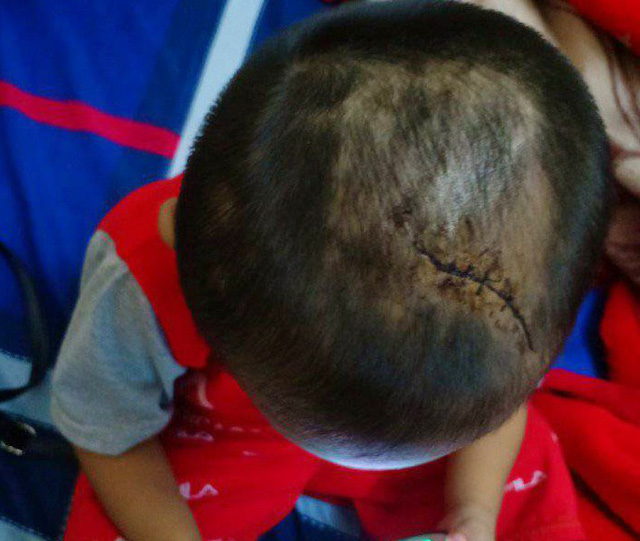 Police in the southern Vietnamese province of Binh Duong are looking into alleged violence against a three-year-old boy found with multiple bruises across his body and a serious head injury.

Truong’s grandmother, Hoang Thi Hieu, reported that she has noticed bruises covering the young boy’s body several times over the past two years.

He was admitted to the Children’s Hospital in Ho Chi Minh City for a severe wound on one occasion, the grandmother added.

Hieu had made a report to local police alleging her son-in-law’s beating the child, however, the boy’s mother and stepfather convinced her to withdraw the denunciation and tell police Truong got the bruises from falling.

On June 17, Hieu found Truong with a deep cut on his head which was later treated with stitches.

The boy later told his grandmother that the wound was caused by his stepfather.

She then decided, once again, to report the case to competent authorities.

Although the child claims his stepfather was behind the violence, the mother is trying to cover the truth, Hieu elaborated, adding that her daughter is afraid of her husband.

Lieutenant Colonel Nguyen Thanh Tung, chief of the police unit in An Binh Ward, told Tuoi Tre (Youth) newspaper that officers are collecting statements from relevant individuals to assist in their investigation.