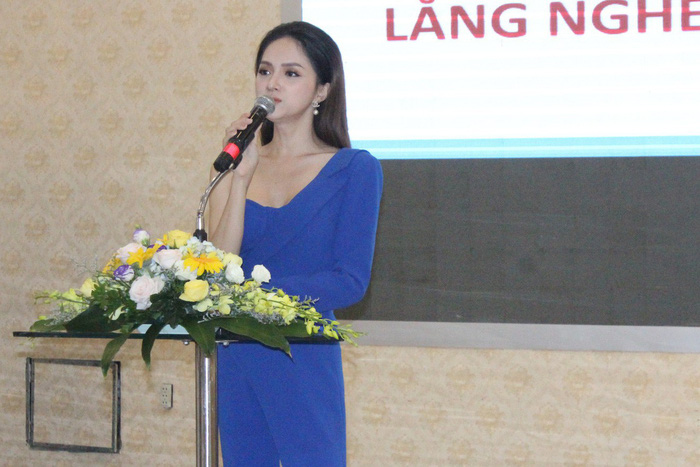 Insiders share heart-wrenching stories of being trans in Vietnam

More than two years after Vietnam’s legislature passed a landmark law allowing those who have undergone reassignment to register under their new gender, the country’s transgender community still face prejudice and discrimination in their daily lives.

Vietnamese transgender people from all walks of life gathered for an event in Hanoi on Thursday where they shared stories of bullying, harassment and violence against the community while calling for further government actions to protect their rights.

Lo Van Thuy, a transgender woman from an ethnic minority in Son La Province in northern Vietnam, said she had to pay a day’s worth of her wage to have someone step in for her at work so she could attend the event, but it was money well spent if it meant more people would hear her story.

Growing up in a small village among the mountains of Son La, the fact that Thuy was transgender came as a shock to her family and villagers, who labeled her “lunatic” and forced Thuy into ‘corrective’ treatment despite her resistance.

“There is no cure because this is who I am on the inside,” Thuy recalled telling her parents before leaving for Hanoi seeking a future of her own.

Now working as a chef-and-waitress for a local restaurant, Thuy says she has never been happier in her life, finally being able to live true to herself.

Coming from a similar ethnic background, Lo La Nam was more fortunate to be born into loving parents who were willing to accept her for who she is, but her life story has not been all roses.

Having been aware of her gender identity since the age of five, Nam was a constant victim of bullying and violence from her peers at school.

Rather than giving up, Nam turned the torment into motivation for her to study hard. Her efforts were rewarded with an acceptance letter into the prestigious Hanoi Academy of Theater and Cinema, where her dream of a new life truly began.

Despite having earned her name as a model trainer, Nam says her success has never been enough to clear the looks of suspicion her students’ parents give when they sign up for a modeling course.

“They are worried their children would end up in the same ‘spoilt’ path if they learned from a transgender instructor,” Nam said with a tinge of poignancy in her voice.

For Chu Thanh Ha, a man trapped inside a female body, discrimination and transphobia are only technical terms to describe what he experiences daily in activities as fundamental to human survival as going to the toilet.

Whenever he enters a men’s restroom, Ha falls victim to verbal and sexual harassment from other men.

Stepping into a women’s restroom and what greets him are screams and shouts from women thinking he was a pervert.

For all these people, transgender means something much more than a label on their national ID.

It is injecting their body with hormones once every 21 days for the rest of their lives; it is seeking psychiatric support to get over the constant stress of living in discrimination and prejudice; and it is visiting the same bank office for years simply because the employees there understand and address you by your true gender instead of what’s written on the dotted line.

“Words as simple as ‘sir’ or ‘madam’ can mean the world to transgender people,” Ha said.

In November 2015, Vietnam’s lawmaking National Assembly passed a landmark law that allowed people who have undergone sex reassignment surgery to register under their new gender.

The country’s health ministry is drafting a specific law on sex reassignment, expected to be submitted to the National Assembly later this year and be up for adoption in 2019.