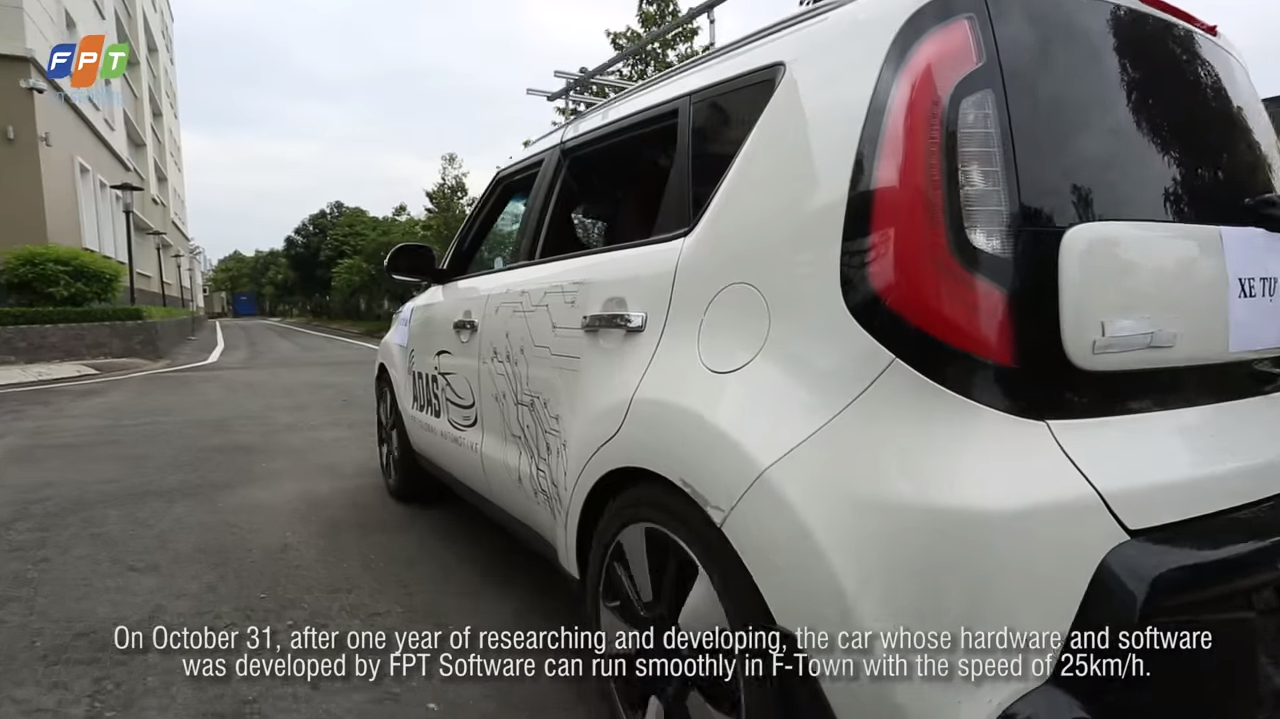 Vietnam’s Ministry of Transport has green-lighted a proposal by local tech giant FPT Software to test its self-driving car around the Saigon Hi-Tech Park in District 9, Ho Chi Minh City.

In a letter to the company, the ministry said FPT had the government’s full support in launching the pilot program because it is in step with global technological advances and Vietnam’s Industry 4.0 strategy.

FPT Software is a subsidiary of Vietnam-based multinational FPT Corporation, one of the country’s leading enterprises in the tech industry.

FPT Software’s self-driving car is seen in this demonstration video.

At the beginning of 2016, the company founded FPT Global Automotive (FGA), a division tasked with developing automotive applications including autonomous vehicles, safety systems and entertainment systems, according to Pham Minh Tuan, general director of FPT Software.

FGA currently employs 2,000 workers and engineers who are working at full speed to introduce the company’s first self-driving car prototype, he added.

After more than a year of research, it recently successfully operated the driverless sedan around the company’s headquarters at the Saigon Hi-Tech Park.

The car can reach a maximum speed of 25 kilometers per hour, make left and right turns, as well as apply its brakes and maneuver to avoid obstacles.

With the transport ministry’s approval, FPT would continue to pilot the automobile inside the hi-tech park to improve the car’s design, including its steering wheel, brakes and fuel system, Tuan said.

The ministry asked that the company ensure safety during the trial period, and work with other companies headquartered inside the park to set up a detailed travel plan for the vehicle and avoid collisions.

The company is also tasked with reporting to the ministry results of the pilot program and plans to resolve problems arising from its use on public roads.