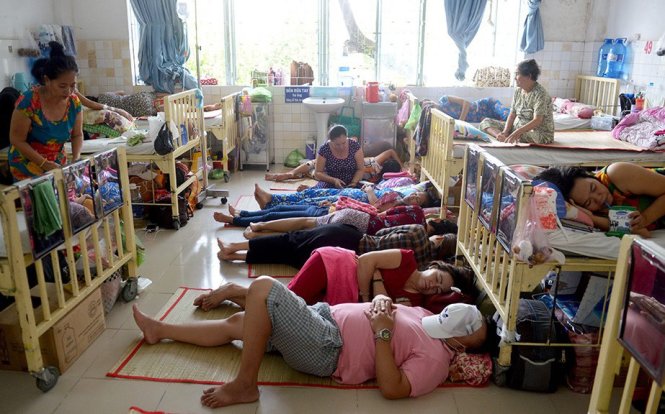 The burden of some cancers previously prevalent in the older population in Vietnam has been shifting to the country’s adults as young as their 20s, a phenomenon that may stem partly from unhealthy modern lifestyles.

The Southeast Asian nation’s major cancer treatment centers predicted an increase in the number of people having cancer in coming years, conservatively estimating that around 150,000 are diagnosed with cancer every year, in more than half of which patients die.

A yearly rise by five to ten percent in cancer rates is projected.

And what is also worrying is that cancers most common amongst older people have been increasingly found in adults under 30.

The Ho Chi Minh City Oncology Hospital, a large medical institution in southern Vietnam, for example recorded such a tendency for breast, cervical, and head and neck cancers in 2017.

The infirmary admitted 40 patients in their twenties with breast cancer and 69 with cervical cancer, a disease often seen in the 45-50 age bracket.

In the same year, it treated 80 patients under 30 with head and neck cancers, which normally occur amidst the elderly demographic having a history of conditions associated with excessive smoking and alcoholic consumption.

Some cancers have appeared in the under-30 population partly because young people are increasingly smoking, drinking beer and wine, and eating more fast food while unwilling to take physical exercise regularly, according to Dang Huy Quoc Thinh, deputy head of the Ho Chi Minh City Oncology Hospital.