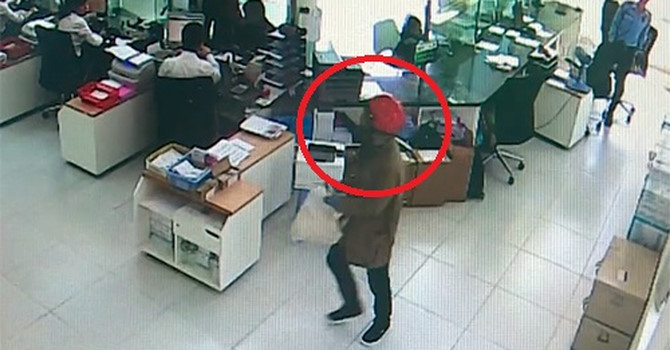 Two men robbed a branch of Vietnamese lender Vietcombank in the country's central province of Khanh Hoa at noon on Wednesday, before escaping with an unidentified amount of cash, police say.

According to Khanh Hoa police, the robbers arrived on a motorcycle at a Vietcombank office on 2-4 Street in Ninh Hoa Town at around 10:15 am.

One of them entered the bank and threatened bank staff with a gun, demanding that they put cash in his bag.

The other men, also equipped with a gun, stayed outside to prevent guards from entering the building and alert his partner in case of an emergency.

Both men were wearing full-face masks, making it difficult for the police to identify them from CCTV footage.

After taking an unidentified amount of cash, the two got away on their motorcycle, firing warning shots to discourage those who intended to chase after them.

There were no injuries reported during the incident, according to a Vietcombank leader.

Khanh Hoa police said on Wednesday they were investigating the crime scene and taking testimonies from eye-witnesses.