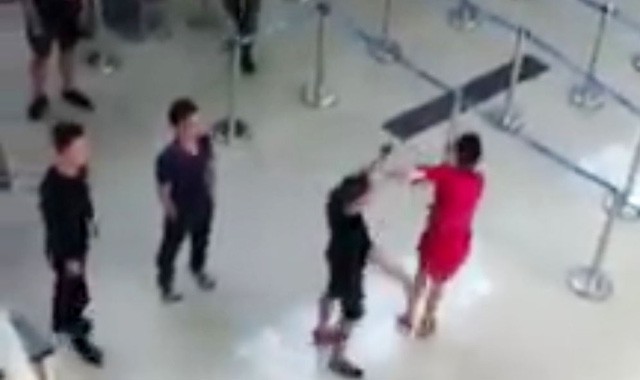 Officers in the north-central Vietnamese province of Thanh Hoa have initiated legal proceedings against three men who assaulted a female employee at a local airport last week.

They are being investigated for “disturbing public order” after attacking a female ground service staff of low-cost carrier Vietjet at Tho Xuan Airport, located in the namesake district in Thanh Hoa, on November 23.

At around 2:20 pm that day, Nhi, Dung, and An took their friend to the airdrome, who was scheduled to board a flight to Ho Chi Minh City at 3:05 pm.

The three then asked Le Thi Giang, the Vietjet employee, to take a photo of them.

They went on to invite Giang to join them for a group photo, but the woman refused.

The men started verbally abusing the victim before attacking her.

Le Thi Hien, a representative of the airline attempted to interfere and also received a slap in her face and a kick to her abdomen.

The attackers were eventually arrested when airport security was reinforced by police from Tho Xuan District.

The Civil Aviation Authorities of Vietnam previously announced they had imposed a 12-month flight ban upon the men.

Flowing the period, they will be put under compulsory visual inspection whenever they use services at Vietnamese airports for another 10 months.