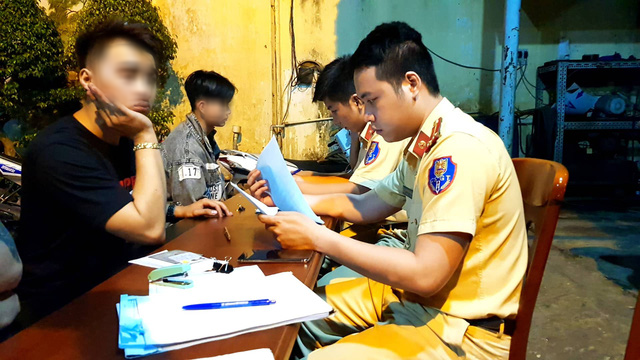 A representative of the traffic police division under the municipal police department confirmed they had dealt with 141 offenses and confiscated 115 vehicles on Saturday night alone.

Among them, 53 people did not wear safety helmets, 13 were under the influence of alcohol, three committed wrong-way driving, and two violated noise limit with their motorbikes.

About 70 other road users were fined for breaking other traffic regulations.

Officers also sanctioned 14 people whose excitement got too extreme.

“Aside from that, the situation across the city was still under control,” Tuong assessed.

Major streets in the southern metropolis, as well as in other localities across Vietnam, once again became a sea of red last night as the national football team won the AFF Championship for the first time since 2008.

The Golden Stars beat Malaysia 1-0 in the second leg of the final on their home turf in Hanoi, securing a 3-2 aggregate triumph to win the regional title.

As Vietnam is known for celebrating any victories of their beloved football team, Saturday’s feat has unsurprisingly sparked nationwide celebrations.

This is what known as di bao, literally translated as “going like a storm,” in Vietnamese.