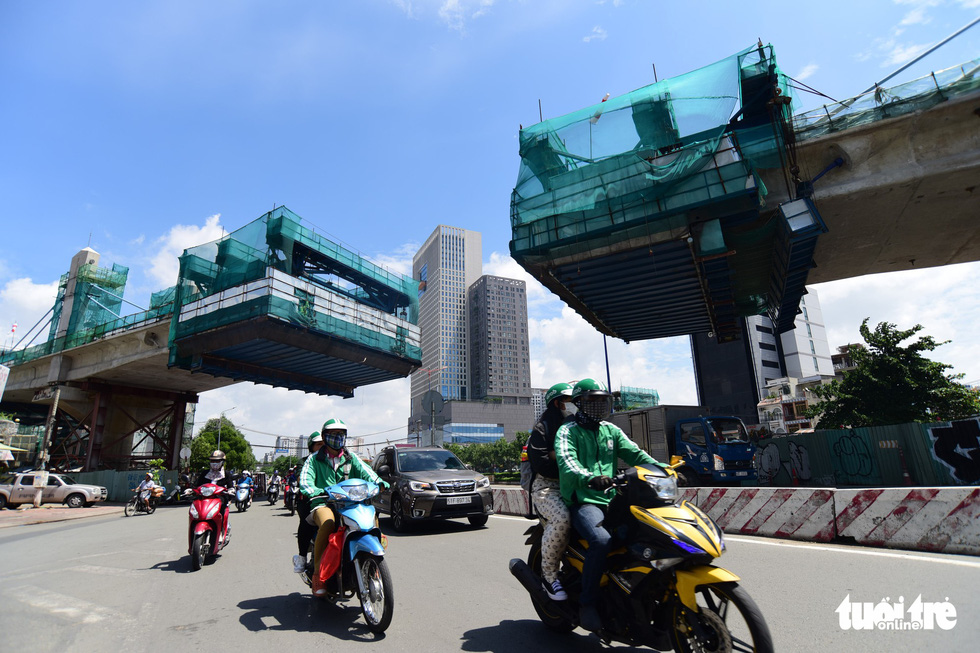 The administration of Ho Chi Minh City and the management authority of a project to develop its first metro line committed multiple violations in making adjustments to the project’s investment plan and design, according to a report compiled by state auditors.

Initially set to be completed in 2015, construction of the Ben Thanh - Suoi Tien line has been extended multiple times and is now expected to be finished in the first quarter of 2020 due to unresolved issues with capital allocation.

In a report compiled by state auditors after conducting a thorough audit into the project, the People’s Committee of Ho Chi Minh City was named for overstepping its power in single-handedly making adjustments to the metro line’s investment plan.

According to a 2010 resolution issued by Vietnam’s lawmaking National Assembly, any public project with a total investment of VND35 trillion (US$1.5 billion) or more is considered an important national investment that must be approved by the legislature.

Despite this, the Ho Chi Minh City administration in 2011 made a decision to raise the project’s investment capital from VND17.4 trillion (US$765 million) to more than VND47.3 trillion ($2 billion) without seeking approval from lawmakers.

In addition, the municipal government also broke protocol in approving the delay of the line’s completion day for more than one year without reporting to the central government or seeking approval from the National Assembly.

Design of the metro line’s Ben Thanh Terminal was also changed from a two-story building measuring 12,270 square meters in floor area into a four-story complex with an integrated shopping mall that’s more than twice bigger.

The administration of Ho Chi Minh City was also wrong in listing its adjusted plan in both the Japanese yen and the Vietnamese dong, while the original legislature-approved plan only listed investment in Japanese yen and used the currency as reference when accounting for inflation.

The costs of many pieces of equipment used in the project were also found to be up to 3.5 times higher than when they were announced during the bidding process, which contributed to the increased investment.

Overall, state auditors suggest that actions be taken to handle nearly VND2.9 trillion ($124.8 million) worth of financial wrongdoings related to the project.

The report also recommended that the management authority of the first metro line re-negotiate with contractors to reduce their payout by VND96.5 billion ($4.15 million) based on audit results.

The authority and Ho Chi Minh City administration are also asked to review the responsibility of individuals and organizations involved in the violations and properly handle any violator in a timely manner.