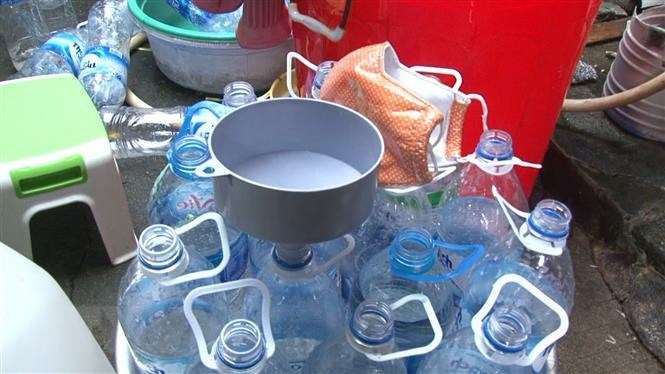 An unlicensed establishment in central Vietnam has been caught producing vinegar by diluting industrial acid with water as local officials scramble to warn consumers of the health risks.

Mua, 55, and her husband were caught red-handed diluting 20 liters of industrial acetic acid, stored in two large plastic containers, with water to produce vinegar for use in cooking.

Officers also found over a hundred 1.5-liter plastic bottles containing finished ‘vinegar’ that the couple had produced and kept in storage, ready to be sold at a local market.

At the time of the raid, Mua was unable to produce an operating license or proof of origin for the ingredients used to produce the vinegar, the central news agency reports.

According to officials, consumption of vinegar made from industrial acid can damage the digestive system and kill off enzymes, leading to adverse health effects if the acid is not diluted properly.

Traditionally, vinegar in Vietnam is made by fermenting the sugars in rice first into alcohol and then into acid.

Rice vinegar is less acidic with a delicate, mild and somewhat sweet flavor, and is a common ingredient in Vietnamese cooking.