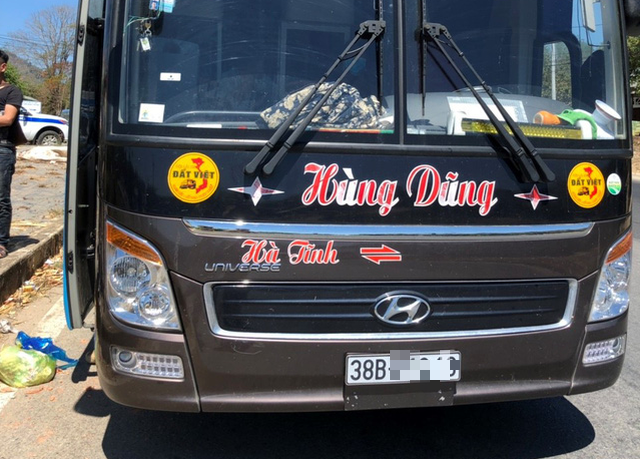 A coach driver was caught carrying more passengers than allowed and tested positive for crystal meth by law enforcement in Vietnam’s Central Highlands on Wednesday.

T.N.Y., 31, was driving a sleeper bus along a journey from the north-central province of Ha Tinh to Ho Chi Minh City when he was pulled over by traffic police in Kon Tum Province at around 11:30 am.

Officers discovered that he was carrying a total of 60 people in the 42-seater vehicle, according to Colonel Le Dinh Toan, chief of the provincial traffic police division.

As Y. was showing suspicious signs, officers coordinated with a local medical center to have him tested for drug use. The test gave a positive result and the driver also admitted to having consumed crystal meth, Col. Toan said.

The driver was fined VND18 million (US$774), while the sleeper bus was confiscated, the police official added.

The passengers were arranged to board other vehicles to continue their journey.

In related news, police in the Mekong Delta city of Can Tho confirmed on Wednesday they had caught a trailer truck driver consuming and storing drugs on Tuesday evening.

The driver, 36-year-old Le Trinh Ngoc Khanh, was carrying goods from Vinh Long Province, also in the Mekong Delta, to Can Tho.

He was found drugged and possessing a small bag containing 0.58 grams of crystal meth, along with tools to use the stimulant.

Preliminary information showed that Khanh had been consuming drugs over the past months.