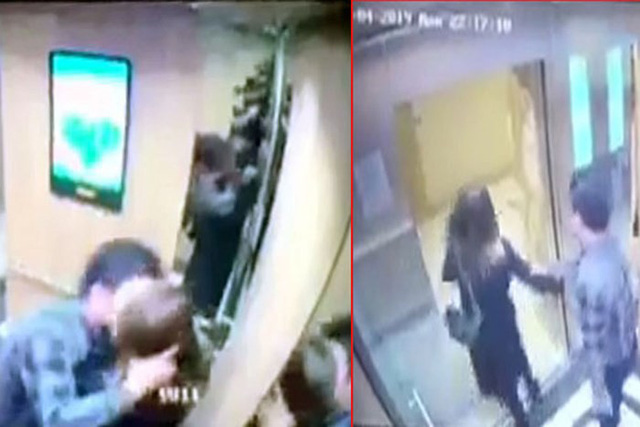 Man slapped with $8.6 fine for forcefully kissing girl in apartment elevator in Hanoi

A man has been fined VND200,000 (US$8.6) for hugging and kissing a 20-year-old girl without her permission while they were inside an elevator at an apartment complex in Hanoi earlier this month.

A police official in Thanh Xuan District confirmed on Monday that a man named Do Manh Hung had received the penalty for “having offensive words and actions toward another person.”

Thanh was also required to sign a commitment that he would not repeat such an offense in the future.

According to CCTV footage, Hung is seen approaching the girl, a 20-year-old university student referred to only as V. who lives in the building, when the two were alone in the lift.

Hung then cornered the girl before forcefully hugging and kissing her.

The victim later reported the case to local police officers.

V. said the man tried to flirt with her and asked for her mobile number, which she refused.

On March 13, Hung was asked to make a public apology to V. in front of residents and managers of the apartment complex, as well as local authorities and police.

He, however, refused to come to the meeting, explaining that he was afraid to have his photos taken.

Officers decided to arrange a meeting between both sides on March 16, where Thanh would apologize to the girl, but he once again failed to show up.

The victim and her family said they would no longer accept any of his apologies.

After learning of the lenient fine slapped on Hung, V. has expressed her disappointment at the punishment, asserting that the man deserved a harsher penalty.

“It’s been ten days and I still feel terrified whenever I enter an elevator,” V. told Tuoi Tre (Youth) newspaper on Tuesday.

“The VND200,000 fine is not enough for the physical and mental damage he had done to me.”

However, the victim said she is now tired of all the drama and will not lodge any appeal regarding the case.