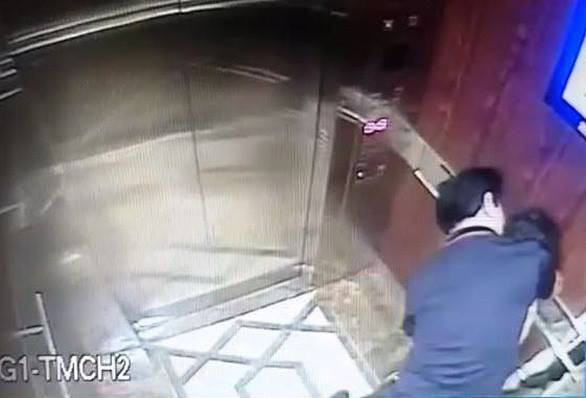 Vietnamese ex-procuracy official indicted for molesting under 16-yo girl

A former Vietnamese procuracy official has been prosecuted for molesting an under 16-year-old girl, after CCTV footage captured him groping the child inside an elevator in a Ho Chi Minh City apartment complex in early April.

In accordance with Vietnam’s Penal Code, anyone convicted of molesting a child under the age of 16 faces up to three years in prison.

Officials in Ho Chi Minh City initiated legal proceedings against Linh in late April and placed him on house arrest at his residence in Hai Chau District, Da Nang, where he previously served as deputy head of the municipal People’s Procuracy until he retired in June 2018.

CCTV footage captured at 9:10 pm on April 1 appears to show Linh grabbing and kissing a young girl, estimated to be between five and seven years old, in an elevator in the Galaxy 9 apartment building in District 4, Ho Chi Minh City.

He was visiting a relative who lives at the apartment complex on the day of the incident.

Linh admitted to hugging and kissing the little girl during an interrogation by police officers, but said his actions were based on a combination of alcohol and how “adorable” the little girl was, rather than any sexual desire.

The victim’s family said that they would prefer criminal chargers not to be brought against Linh, instead stating they only wanted a formal apology, citing that the girl was not harmed.

Vietnamese law, however, allows police to overrule the family's wishes and press charges if they see fit. In this situation, clear video evidence of the crime was enough to continue with their indictment.

A mass call for action to be taken against Linh ripped through the country after the video clip went viral on social media.

Since then, his house in Da Nang has been vandalized on several occasions and the words ‘child sex abuse’ were painted on the front gate.

The management board of the Galaxy 9 previously petitioned the municipal People’s Committee and People’s Procuracy to launch legal proceedings against Linh.