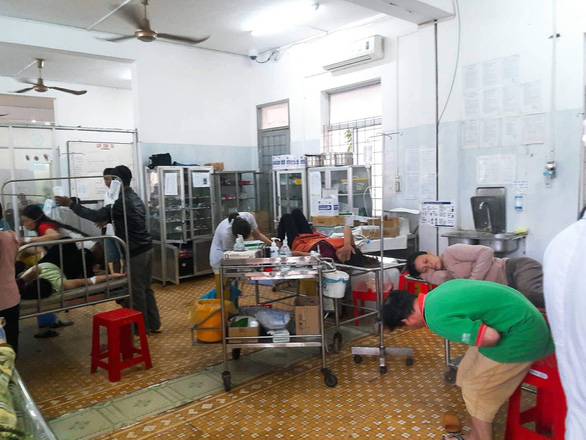 Vietnamese authorities are probing an incident where over 260 people in a Central Highlands province were hospitalized for alleged food poisoning on Saturday night and Sunday morning after going to two separate weddings.

On Sunday morning, the Dak Lak Province administration confirmed that more than 260 people were still being treated for food poisoning at four different hospitals in the province after having celebratory meals at two wedding parties in the region.

According to Le Thi Chau, chief of the Dak Lak food safety agency, food samples are being taken to clarify the reason for the patients, from Buon Don District and Krong Buk District, being hospitalized.

Seventy-seven patients have been admitted to the General Hospital of Buon Ho Town over suspected food poisoning after they attended a wedding of a family in Cu Kpo Commune, Krong Buk District, Y Nhan Mlo, the infirmary's director, said.

All the patients were constantly vomiting and having severe abdominal pain when they were hospitalized, he added.

So far, none of the patients have had to be transferred to higher-level hospitals.

On Sunday morning, Hoa Binh Hospital in Buon Ho Town and Thien Hanh General Hospital in Buon Ma Thuot, the capital city of Dak Lak Province, also admitted over 100 patients from Buon Don District and Krong Buk District, all of whom were thought to have food poisoning as well.

Around 90 patients were taken to the General Hospital of Buon Don District with similar symptoms on Saturday night.

The 190 patients had all attended a wedding party of a family in Ea Wer Commune, Nguyen Van Ly, director of the Medical Center of Buon Don District, said.