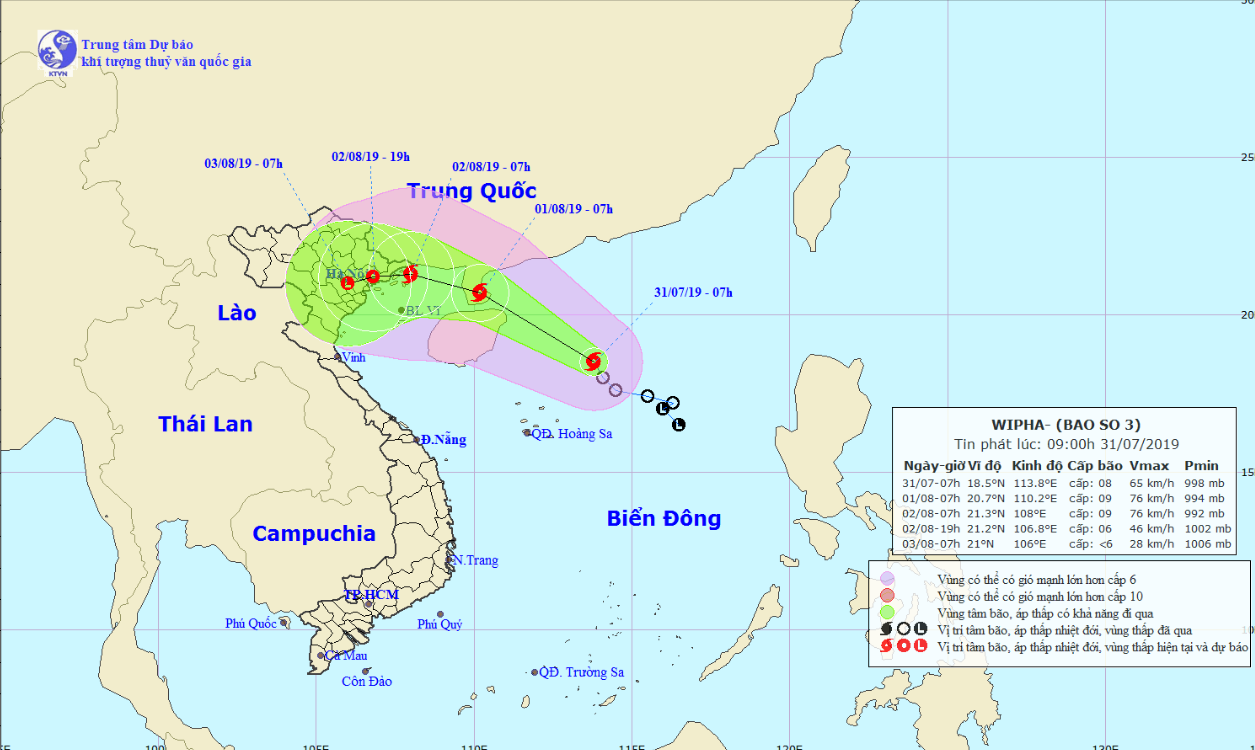 Tropical Storm Wipha, the third to strike Vietnam this year, formed in the East Vietnam Sea on Wednesday morning and is heading toward the mainland in the northern region.

The storm was located about 230 kilometers northeast of Vietnam's Hoang Sa (Paracel) archipelago as of 7:00 am, with average wind speed at 60 to 75km per hour, according to the National Center for Hydro-meteorological Forecasting.

It is forecast to pick up strength while traveling northwestward in the next 24 hours.

Wind speed will increase to between 60 and 90km an hour as Storm Wipha reaches China’s Leizhou Peninsula at around 7:00 am on Thursday.

The storm will travel west and is expected to make landfall on the coastline between Quang Ninh and Nam Dinh Provinces between Friday and Saturday, unleashing winds of 75 to 90km an hour and gusts at up to 120km per hour.

It will later weaken into a tropical depression.

Rough seas, strong winds, and high waves will occur in the northern part of the East Vietnam Sea due to the tropical storm.

Mountainous localities will be likely at high risk of flashfloods and landslides brought about by the downpours.