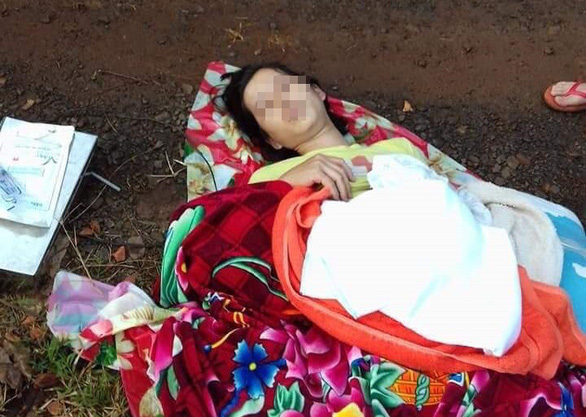 A baby died immediately after birth in Vietnam on Saturday after his mother was forced to deliver him on the side of a street with no medical assistance, having been forced off a rental car by the driver, who allegedly did not want the labor to take place in his vehicle.

The mother from the southern province of Binh Phuoc, identified by her initials V.T.Y., was over seven months pregnant when she showed signs of being in premature labor at around 5:00 am on Saturday, her elder brother told Tuoi Tre (Youth) newspaper.

Her family called a local rental car service, which dispatched a Toyota Innova driven by N., a male driver, to take the mother to the hospital.

Y., 33, was first taken to a public clinic ten kilometers from her house, where physicians said the facility’s lack of delivery tools and equipment could be dangerous for the mother and child.

They asked to have Y. transferred to a bigger clinic immediately.

N. continued to take the mother and her accompanying family members to the Dong Xoai City Medical Center, around 40 kilometers from the first clinic.

However, when they had traveled for just around five kilometers, Y. began going into labor.

The driver, who allegedly did not want the woman to give birth in his vehicle, told the family to get off, prepared a makeshift mat for the delivering mother to lie down on the side of the road, and drove off.

“It was not until an hour later that another car came to fetch us, by which time my nephew had already been dead,” he said.

Y. remains weak after the premature labor and is still being cared for by doctors, the brother said.

Tuoi Tre is trying to reach the rental car service for comment.