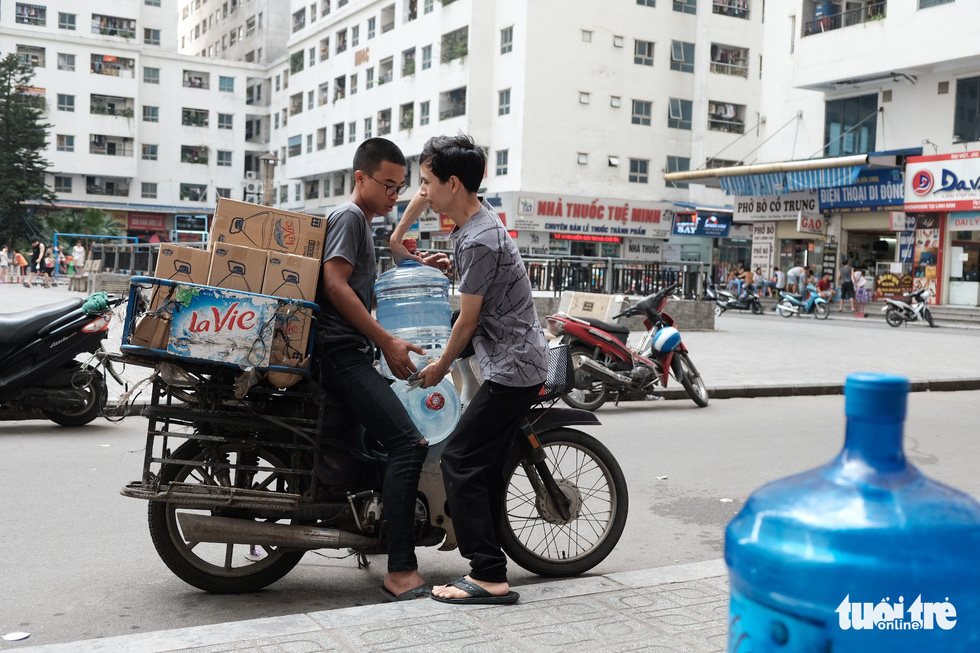 Cause of smelly tap water in Hanoi remains unclear

Residents in several districts across Hanoi have noticed the smells of chemicals and burning plastic in their tap water in the past days but local authorities have yet to come up with a solution or give a proper explanation.

The situation was first discovered at around 8:00 am on Thursday and remained unchanged as of Sunday morning.

Affected residents said they detected the smell of chlorine in their tap water.

The water began smelling like burning plastic on the evening of the same day.

The municipal Department of Health has carried out an examination but it has yet to clarify the reason behind the phenomenon, while the Song Da Water Investment JSC, which is the supplier of the water, remains silent.

Tuoi Tre (Youth) newspaper reporters have tried to contact Nguyen Van Tong, general director of Song Da in the past couple of days but he refused to answer.

As residents were recommended to refrain from using the tap water in their homes, they had no choice but to buy fresh water from other sources.

“This is just a temporary measure. We cannot keep this up for a long time as demand for fresh water is very high,” said Nguyen Thi Thien, a resident in Hoang Mai District, stated.

Nguyen Khac Hien, director of the Hanoi Department of Health, told Tuoi Tre that the agency has been working with the Department of Construction and relevant agencies to identify the cause of the strange smells.

Nguyen Thi Kieu Anh, the health official directly in charge of the job, said her team has collected multiple water samples at different locations for a test.

The samples were taken on Thursday and Friday, Anh continued, adding that the test would take at least seven days to complete.