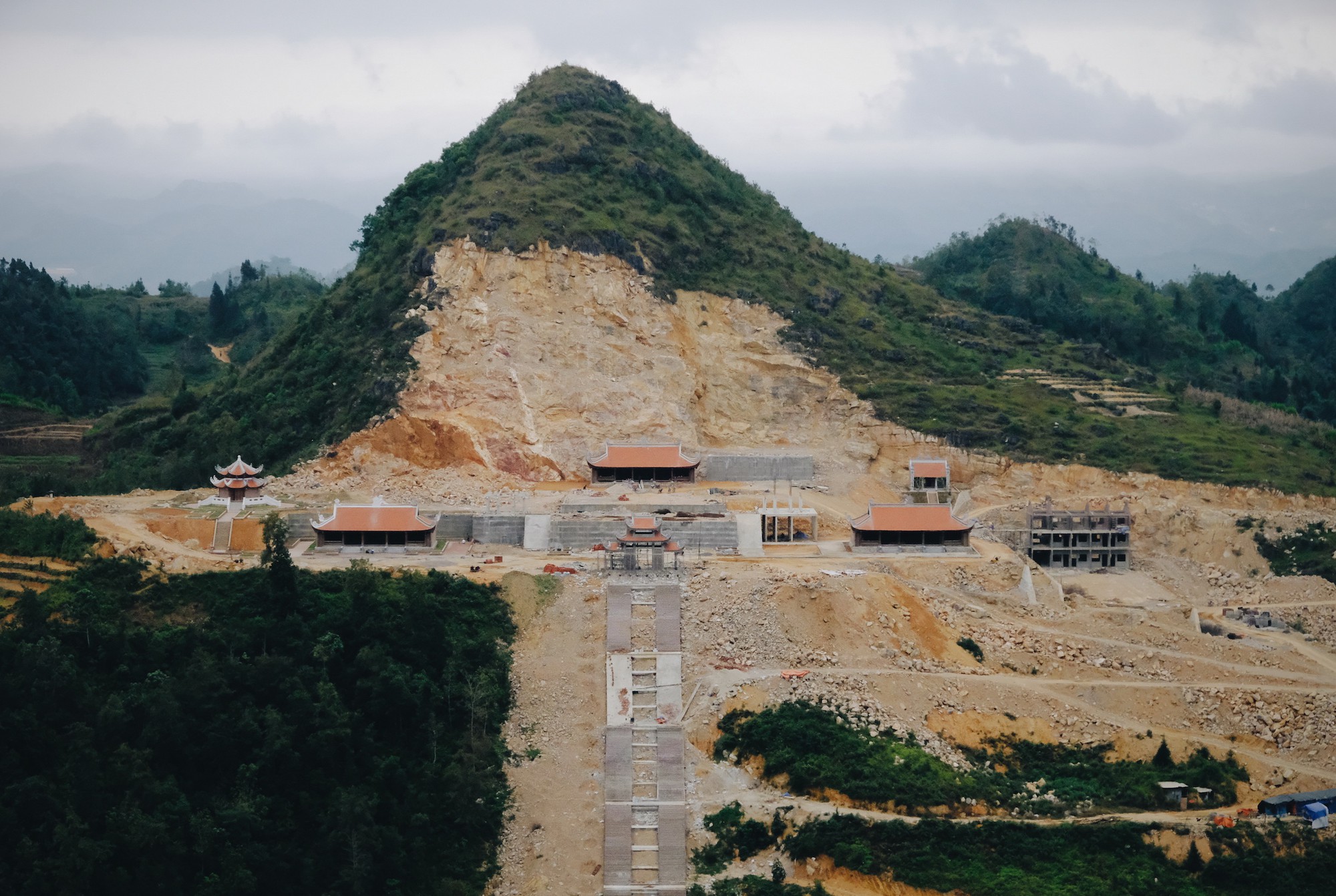 A mountain that was once green and alive in the northernmost Vietnamese province of Ha Giang has been partially leveled for the construction of a religious tourism complex.

Lung Cu Commune, in Ha Giang's Dong Van District, has long attracted many tourists as it is home to the Lung Cu National Flag Tower, a northern landmark which marks Vietnam’s national sovereignty and offers stunning views of the green mountainous scenery that surrounds it.

Visitors to Lung Cu these days, however, are treated to a complex of religious structures being built on a mountain to the northeast of the iconic flag tower.

Developers leveled nearly half of the mountain for the construction of this religious tourism project, which began in 2016.

Up to seven buildings have been erected on the mountain while construction vehicles and heavy equipment are seen working day and night to complete the rest.

Some local people, most of whom are of the native Mong and Lo Lo ethnic minorities, told Tuoi Tre (Youth) newspaper they are not happy with the “mountain-carving” project.

“Local people didn’t want to give up land for the project, but we eventually did it upon the request of local authorities,” said Xinh Thi Me, a woman residing in Lo Lo Chai Village in Lung Cu.

“I’m not sure if the project will benefit local people in any way,” local resident Lang A Cang said, adding that the project has destroyed an area where local people would go to pick vegetables in the past.

Vietnam’s Ministry of Culture, Sports, and Tourism said in a document sent to the People’s Committee of Ha Giang last Friday that the under-construction religious complex had failed to follow state planning for Dong Van District.

The ministry also requested the provincial administration to order relevant agencies to launch a comprehensive inspection into the project.