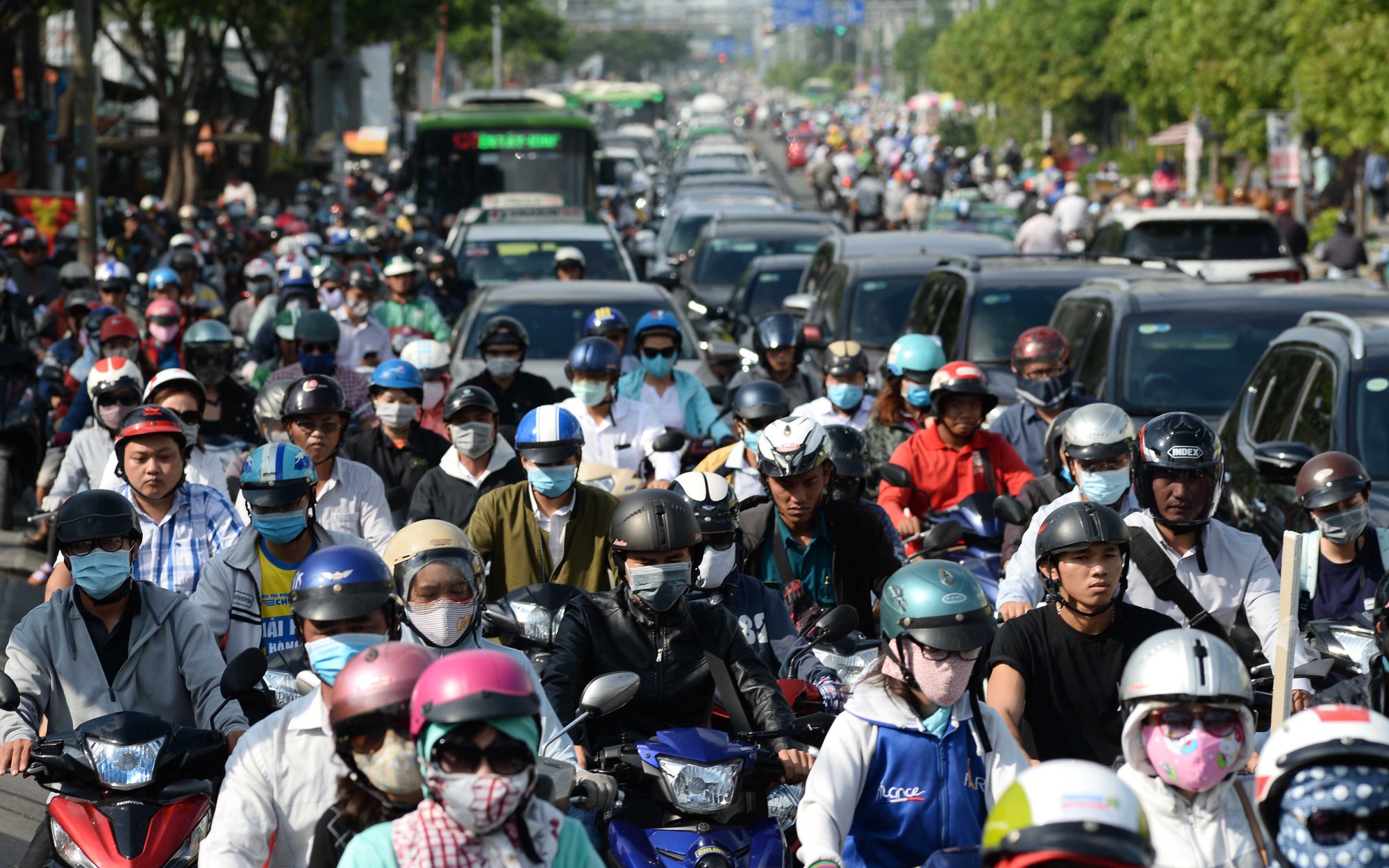 Persistent traffic jams even after a recent bridge expansion have urged competent authorities in Ho Chi Minh City to seek drastic improvement to existing infrastructure so as to ease the growing traffic volume in the southern part of the metropolis.

Consisting of District 7, District 8, Nha Be District, and Binh Chanh District, the so-called “southern Saigon” area in Ho Chi Minh City has seen rapid development and urbanization over the past years with the mushrooming of tall buildings and realty projects.

Congestion has worsened as a result, as evidenced by daily gridlock along such streets as Nguyen Huu Tho, Nguyen Van Linh, Pham Hung, Nguyen Tat Thanh, and Duong Ba Trac.

The effort has only succeeded in curbing the congestion to a small extent, as commuters still face immense challenges finding their way through the bottlenecks on Nguyen Huu Tho Street as well as Kenh Te Bridge during rush hour.

“We have to go to work very early in the morning to avoid congestion,” said Le Van Trung, a resident in Nha Be District.

“If we reach Kenh Te Bridge after 7:00 am, we will surely be stuck in traffic.”

Crossing the 700-meter bridge can take up to 30 minutes in a traffic jam, Trung stated, adding that taking a detour across nearby Tan Thuan Bridge or Nguyen Van Cu Bridge can prove just as problematic since the two routes are also susceptible to congestion during rush hour.

Le Van Binh, who lives in District 7, said he believes the expansion of Kenh Te Bridge alone cannot meet the rising demand for traffic infrastructure given the fast-growing population in southern Saigon.

After Kenh Te, Y-shaped Bridge, which links District 8 and District 5, is also up for expansion in the near future, said Vo Khanh Hung, deputy director of the municipal Department of Transport.

Nguyen Khoai is expected to be 22.5 meters wide and 346 meters long, stretching from Him Lam Residential Area in District 7 to Ben Van Don Street in District 4.

In addition, preparations are being made to initiate the construction of the 2.2-kilometer Thu Thiem 4 Bridge, linking District 7 and District 2, the official added.

Nguyen Vinh Ninh, head of the city’s management board of traffic infrastructure investment and construction, said he is seeking approval from the transport department regarding the construction of two underpasses at the Nguyen Van Linh-Nguyen Huu Tho intersection in District 7.

The underpasses will be 480 meters in total and cost about VND830 billion (US$16.3 million), Ninh continued.

If approved, the construction will begin at the end of 2019 and complete in the second quarter of 2022, he said.