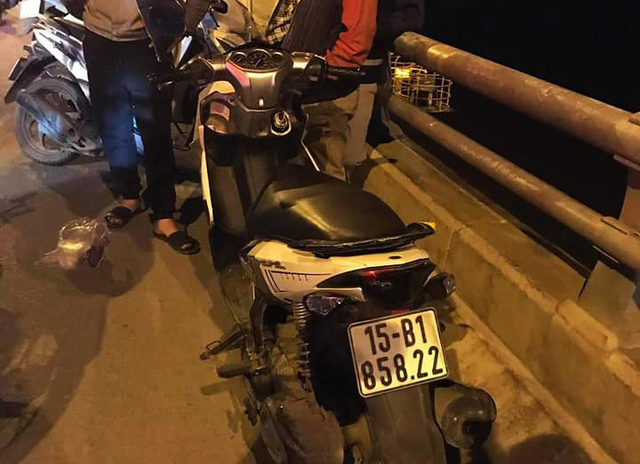 Police in the northern Vietnamese city of Hai Phong are investigating a case where a woman threw her one-year-old baby into a river before committing suicide by jumping off a bridge on Tuesday evening.

The police unit in Tien Lang District, Hai Phong confirmed on the same night that they were working with relevant agencies to look for the bodies of the woman and her child.

The woman, whose identity has yet to be revealed, reportedly rode her motorbike to the middle of Khue Bridge, which stretches over the Van Uc River in Tien Lang District, at around 6:30 pm.

She was carrying her two children, a one-year-old and a five-year-old, on the vehicle.

The woman was seen parking the motorcycle on the bridge, feeding her younger child, before throwing the baby into the river.

She is believed to have tried to push her five-year-old over the bridge as well but the child managed to break free and run away.

The woman eventually committed suicide by jumping off the bridge.

Local residents later found a suicide note inside the storage compartment of her motorbike.

In the letter, the woman recounted being a victim of child rape at the age of four, adding that she had contracted a sexually transmitted disease and that her marriage had been marred by conflicts recently.

Competent authorities have taken custody of the woman’s elder child while an investigation has been launched into her suspected suicide.