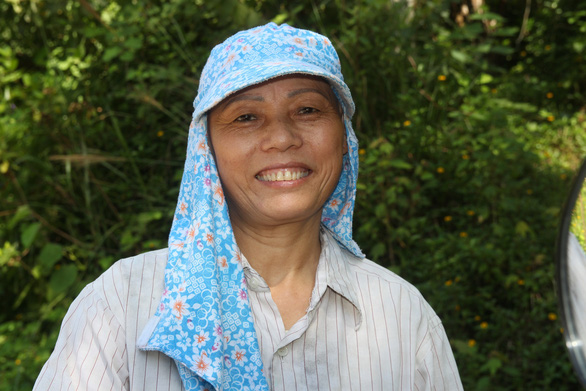 A woman from the central province of Thua Thien-Hue has built and manned a graveyard on her own land where she and her husband would bury and mourn unborn fetuses.

For nearly a decade, 54-year-old Nguyen Thi Sau has dedicated an area on her family’s land on Tu Tuong Mountain in Huong Thuy Town, Thua Thien-Hue to constructing a burial site where aborted fetuses can rest in peace.

Every time Sau comes upon fetal remains, she would bring the fetuses to her graveyard and bury them.

On an early morning of many years ago, Sau saw a dog gnawing a bloodied plastic bag while she was sitting next to the base of a Buddhist statue in a pine forest on Tu Tuong Mountain.

She chased after the dog until it forfeited the plastic bag, only to discover inside it an aborted fetus along with a piece of paper containing a scribbled date when it was left there.

Out of compassion, she bought materials to build a grave for the fetus next to the Buddhist statue, using her own money.

Just a few days later, she discovered another abandoned fetus inside a cardboard box abandoned amid the pine forest.

“The fetus was about seven months old and wrapped in a towel,” Sau told Tuoi Tre (Youth) newspaper.

She also buried the second fetus next to the statue.

As time went by, the number of aborted fetuses’ graves by the statue’s side kept growing as more people came to the pine forest to visit them and pay their respect.

One day, Sau decided to relocate the graves from the Buddhist statue to her own land as she was worried that lighted joss sticks offered by grave visitors might cause forest fires.

The graveyard on Sau’s land has since become the burial ground for 28 fetuses and counting.

The 54-year-old woman said she has divided the plot of land into serried rectangle-shaped lots.

On each grave, she notes down its order, the date the fetus was collected, and a number of identifying traits in case the family of the fetus want to recover its remains in the future.

On such occasions as full moons, Sau and her husband would prepare flowers and food to offer the fetuses as part of a Buddhist ritual to honor the dead.

“We do it just like the way people often do in memory of their ancestors on death anniversaries,” Sau said.

Her neighbors have also joined the couple in taking care of the fetuses’ graves.